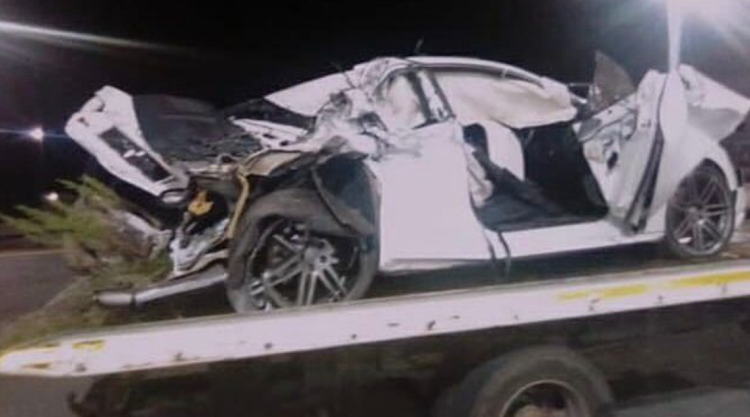 Sister Gillean Van Wyk 30, said on Wednesday De Ridder, 48, was travelling on the N2 towards Jeffreys Bay near Van Stadens Bridge when he got a flat tyre and pulled over in the yellow line.

He was travelling with friends.

“Seconds after the one friend got out to inspect the flat tyre, a truck hit the car (Audi S7), from behind while Mario and another passenger were still in the car,” Van Wyk said.

“Mario has head injuries and is in a critical condition in hospital under sedation. He has not been conscious since the accident happened.

“The other passenger suffered rib injuries and is also still recovering in hospital. The [friend]who got out to inspect the flat wheel didn’t receive any injuries  but is being treated for trauma.”

She said it was a miracle that her brother and passengers were alive.

“We continue to pray for a full recovery, we must express our gratitude to everyone who has shown support and concern during this traumatic experience.

“A legal team has been instructed to deal with the matter after which a case of negligence will probably be pursued.

“Mario is  known for being a national stock car racing champion, who has won various trophies for oval track car racing. He is always very responsible behind the wheel, which makes the misfortune of this situation even worse for us as a family.”

Police spokesperson Captain Sandra Janse Van Rensburg said no case related to the incident had been opened at the Kabega Park or the Thornhill police stations, where the case would have been opened.

She added that radio control also confirmed that it had not received any complaints of an accident. Photos of the accident have been circulating on social media however of the accident.