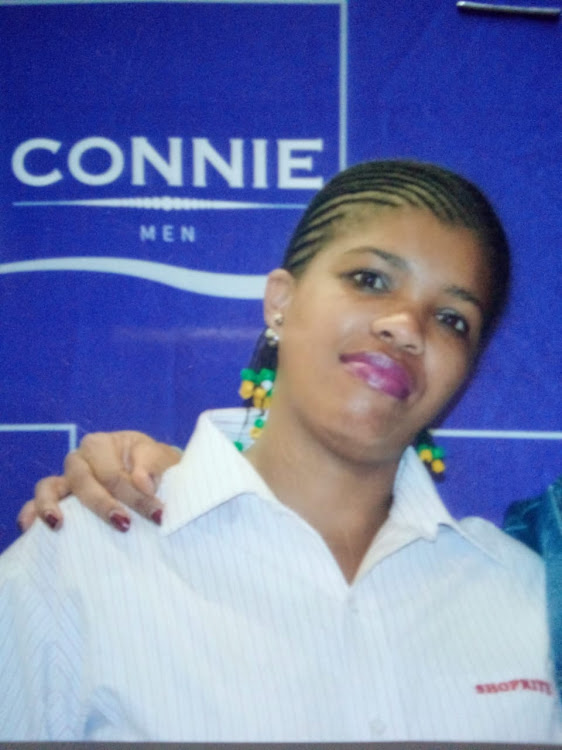 MISSING: According to the police, Babalwa Elizabeth Makwabe was last seen on Wednesday last week at about 06.30am as she left for work.
Image: Supplied

Bethelsdorp police have appealed to the community to help find a 38-year-old woman, missing since Wednesday last week.

According to police, Babalwa Elizabeth Makwabe was last seen on Wednesday last week at about 6.30am as she left for work on William Moffett Expressway.

According to her mother, Makwabe was waiting at the gate in front of their house in Pleasant Street in Ext 32 in Bethelsdorp for her transport that she uses every day.

But according to the driver, when he arrived, Makwabe was not there.

He assumed that she had used an alternative mode of transport.

At about 8pm, when she failed to return home, her family became worried.

They found out that she had not reported for work that day.

She was last seen wearing the uniform of her store, a black Food Lovers Market T-shirt, black pants and black and white takkies. She has an L-shaped gold filling on her upper front teeth.

Anyone who may have seen her or may know of her whereabouts is asked to contact Detective Sergeant Nwabisa Diko on 071-475-1955 or their nearest police station.