Pupils unwilling to return to school next week, principals say 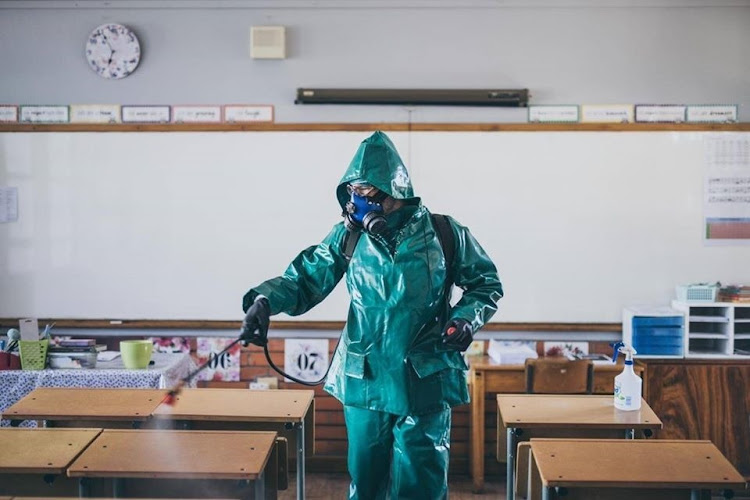 While the department of education is adamant all schools will reopen on Monday — with each one given R7,500 to employ three people to sanitise the schools inside and out, and monitor social distancing for the next few months —  township and northern areas schools in Nelson Mandela Bay say they are not nearly ready to start.

The schools cited issues ranging from social distancing, lack of personal protective equipment (PPE) and sanitisers to unwillingness by pupils to return.

A staggered approach to the reopening of schools after a more than two-month closure starts with the return  of grade 7 and 12 pupils next week.

However, principals have been told that pupils and staff do not have to return to school if the department is unable to supply the necessary safety equipment.

This is according to a circular sent to principals on Saturday by education department superintendent-general Themba Kojana.

“Principals [and staff] shall only be expected to report to schools once this personal protective equipment (PPE), or the minimum requirement, has been received,” it says.

Education spokesperson Loyiso Pulumani said the department planned to employ more support staff to assist with the reopening of schools.

“The department is recruiting local unemployed people who will assist in the cleaning of schools every day,” he said.

“They will be trained on how to do screening when pupils and teachers enter but, more importantly, they will be helping the school in implementing social distancing, which [is] the major concern of parents.”

Pulumani said three people, earning a stipend of R2,500 each, would be employed at every school.

The delivery of PPE and other items would be done by this Thursday.

Meanwhile, as Model C schools fork out the cost of preparing for the reopening, many of the poorer schools that depend on government support  and have not yet received the promised safety items are not confident they will be ready.

A Ndzondelelo High School teacher said it was unlikely the Zwide school would open on Monday.

“The school has not received any communication from the department.

“However, the principal has been called to attend a meeting at Kabega Park Primary on Tuesday morning [regarding the situation].”

A teacher from Douglas Mbopa Senior Secondary in Motherwell NU2, said: “School management was told that PPE would be delivered on Monday [yesterday], however, that did not happen.”

She said the staff were adamant they would not return if the PPE was not delivered.

“We are more than ready to get back to class,” she said.

“We started planning our timetables and divided up our matrics.”

The woman said the 199 matrics would be taught by 40 teachers in classes of 10 pupils.

She was concerned that a delayed reopening would put the pupils even further behind those in the more affluent schools.

A Coselelani Senior Secondary teacher said that most of the NU9 Motherwell school pupils were just “hanging” around the streets.

'Since the lockdown started, our pupils have not done a single assignment.

“Instead, most of them have switched off their phones.”

She said there was an unwillingness from many pupils to return to school.

The school was also still waiting for the PPE to be delivered.

District education secretary Richard Draai said 15 schools in the  northern areas had not yet received their PPE.

“Will these PPEs even arrive before Monday?

“They [education officials] should have ensured all the PPEs were delivered before announcing the school opening.

“Parents are up in arms.

“They are not happy.

“They don’t open up parliament but it’s fine for children to return to school.”

Some of the former Model C schools that reopened on Monday were forced to hire companies to decontaminate the buildings and had to buy PPE out of their own money.

“We went through all the procedures and the school has been sanitised.

“We have all received two masks and a visor.

“We also have sanitisers in all rooms.”

She said the matric class would wear normal clothes, not their school uniforms, when they returned.

“We say that will be more hygienic,” she said.

Riebeek College Girls’ High School principal Kieran Stear said the school had purchased its own PPE as the department had yet to deliver any.

She said the school had been decontaminated, but it was a costly exercise.

“It really is expensive so we are hoping to have our own cleaning staff trained.”

Stear  said staff would start arriving this week in a phased approach.

“Some of the teachers can still work from home until their grades are allowed back,” she said.

St Dominic’s Priory principal James Grant said everything was on track for the school to reopen on Monday for the grade 7 and matric classes.

“We are busy with decontamination and have purchased all the PPE and cleaning material required.”

“I am nervous about opening up due to the health concerns, but we are doing all we can to mitigate any possibility of an infection,” he said.

Westering High School shared pictures on Facebook of staff members meeting for the first time since the closure.

Myburg said they focused on high-touch areas but also sprayed everything from the floors to the desks and even the windows.

“Afterwards, we use a fogger to kill any airborne bacteria,” he said.

Myburg said the company used a mixture of hydrogen peroxide and 70% ethanol, which was based on recommendations from the World Health Organisation.

He urged schools to keep sanitising everything.

“Otherwise there is really no point.

“It needs to be done daily,” he said.