When New Brighton resident Mike Bukani witnessed his neighbours’ daily struggle to put food on the table, he knew he could not sit just back.

A determined Bukani  quickly got to work and  organised a food drive.  On Wednesday, he surprised 400 families with food packages.

Bukani said the national lockdown aimed at curbing the spread of the coronavirus had affected the ability of many families to fulfil the most basic of human needs, including filling hungry tummies.

He said New Brighton was no exception and it was riddled with unemployment and poverty, with the plight of residents just too glaring to ignore.

“There is average poverty and then there are families in extreme poverty and that really touched and revived the spirit of ubuntu in me to wake up and do something for my people.

“So I then collaborated with the Thembi Losi Foundation to look for any donor who might be able to assist,” he said.

He said their joint efforts yielded good results, with Chris Christodoulou,  a SPAR owner in Gauteng, having answered his plea for help.

Bukani said because of the distance, Christodoulou had liaised with Despatch SuperSPAR owner Paul Barnes, who leapt in to help. 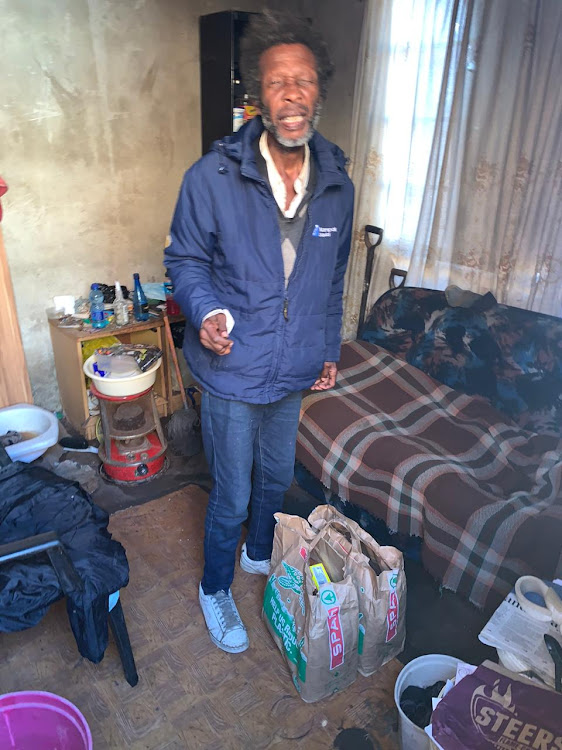 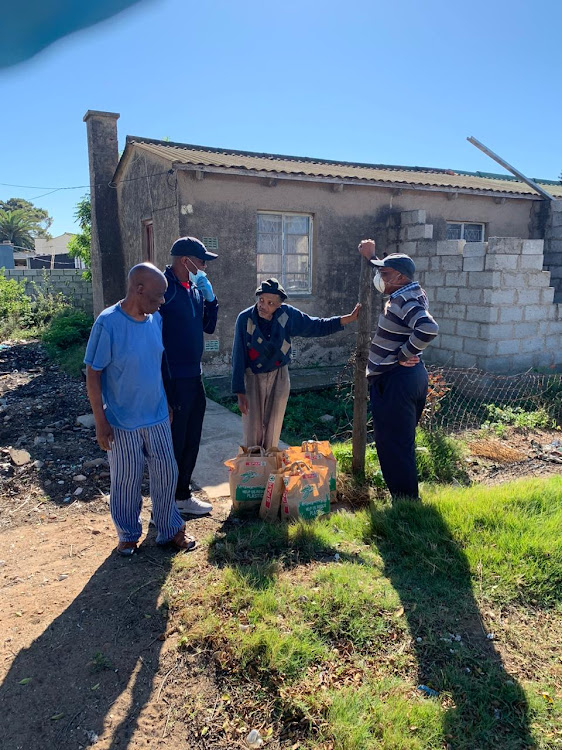 “The foundation and I then identified the needy families. It was word of mouth.

“We went about the township asking residents who [were the most badly affected] and we managed to identify the 400 families,” he said.

Adhering to the rules and regulations of the lockdown, the parcels were then delivered door-to-door as surprise gifts to families.

Emotional recipient Pumla Chithwa, 60,  said she had nowhere to get food.

Chithwa said for survival she depended on handouts from neighbours, with that being very difficult during lockdown.

Her neighbours, where possible, would bring her leftover food in the morning and evenings.

“I am so happy with the food parcel. It may be not much to them but for me it will make a great difference.

“I don’t know when was the last time I had such decent groceries in my cupboards,” Chithwa said.

She thanked her neighbour, Nomsa Jacobs,  for forwarding her name to the foundation.

PARTNERS IN CARING: New Brighton resident Mike Bukani, left, partnered with the Thembi Losi Foundation and managed to get donors after he was touched by extreme poverty in New Brighton. He is pictured here with Paul Barnes from Despatch SuperSPAR with the food parcels at Nangoza Jebe Hall
Image: WERNER HILLS

Nono Losi of the Thembi Losi Foundation said she had been touched on hearing  Chithwa’s story and how she struggled to survive, even more so during lockdown.

She said even with the  government interventions such as  increased monthly grants, income relief, feeding schemes and food packages, the high level of demand in the country had prompted ordinary citizens and organisations to step up and fill the gap.

“In whichever way we are able, as citizens of SA, may we continue to extend ourselves and assist all those in dire need during these difficult times. We profusely thank Barnes and Christodoulou,” Losi said.

Barnes said it was good to be able to give back to the community and make a difference.

“This feels good. It’s not much and we would have liked to give more but because of the current situation [it was difficult]. But this was a great project to be involved in,” he said.

Nelson Mandela Bay council speaker Buyelwa Mafaya was among those who gathered at the Nangoza Jebe Hall, from where the parcels were distributed.

She urged the authorities to learn from the good deeds and said the municipality was humbled by the efforts of all involved.