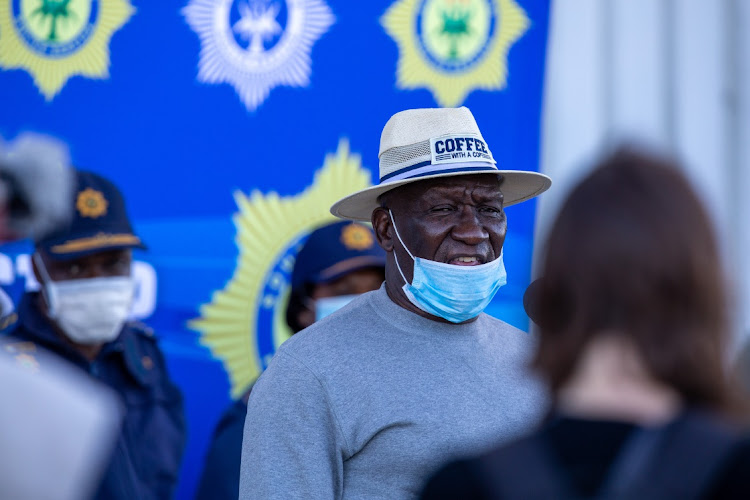 Police minister General Bheki Cele has welcomed the decrease in serious and violent crimes, attributing it predominantly to the ban on the sale of alcohol during the 21-day Covid-19 national lockdown.

His announcement comes as Port Elizabeth law enforcement agencies pulled out all the stops to control the movement of people between provinces and to ensure that President Cyril Ramaphosa’s lockdown rules were being adhered to.

Cele said on Sunday that, while the 2019/2020 national crime statistics would only officially be released later this year, when analysing crime during the first week of the lockdown, and comparing it to the same period in 2019, there had been a significant drop in the number of reported cases.

Since the start of the lockdown on March 27, police in Nelson Mandela Bay had worked around the clock in conjunction with the SA National Defence Force, metro police and provincial traffic department to ensure the regulations of the Disaster Management Act are strictly adhered to.

Permanent static roadblocks were set up at all entrances and exits to Port Elizabeth.

Police spokesperson Colonel Priscilla Naidu said while the majority of Bay citizens had complied with the regulations, there were some individuals who remained defiant.

Between March 27 and31, more than 170 people had been issued with fines or arrested for contravening the regulations of the Disaster Management Act.

Those arrested had allegedly failed to be confined to their residences, failed to reduce seat capacity or were found to be selling non-essential items.

“We continue to urge residents to strictly adhere to the regulations and to remain within the confines of their own homes.

“Unnecessary movement will increase the risk of the virus spreading and we can already see its devastating effect globally,” Naidu said.

In relation to gender-based violence, however, Cele was concerned that the number of complaints remained high.

More than 2,300 calls or complaints had been registered since the beginning of the lockdown on March 27.

A total of 148 suspects had also since been charged.

“Once all reports have been consolidated, the figures will be measured against the number of calls or complaints received through the gender-based violence command centre in 2019, where the figure stands at 87,920.

“Considering the improved rate of life sentences secured by the family violence, child protection and sexual offences units in the past, one is optimistic that police will continue to work around the clock towards securing successful convictions and long-term sentences of perpetrators of crimes against women and children.

“This should remain the practice even beyond the lockdown.”

He also welcomed the drop in the number of complaints against the police during the lockdown.

While last week was characterised by long queues at grocery stores and social grant paypoints, he anticipated improved adherence to the regulations, particularly in relation to restriction of movement of people and traffic on the roads, during the coming week.