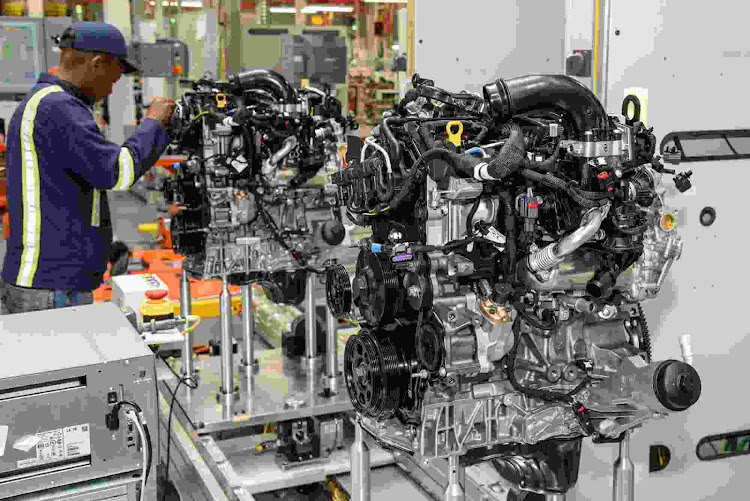 PLAYING IT SAFE: The Ford plant in Port Elizabeth has told its non-essential staff to work from home
Image: Supplied

Staff at the Ford SA engine plant in Port Elizabeth have been told that non-essential staff must work from home in light of the coronavirus scare.

Plant manager Shawn Govender said the call was made last week for those able to work remotely to do so.

“Ford worldwide has been monitoring the situation and the call was made in the middle of last week for people to prepare for remote access.

“All  engineering and admin [staff] are  working from home,” Govender said.

However, he said manufacturing would continue with other arrangements made as the situation progressed. b

Govender said Ford was conducting awareness campaigns at the company and added that domestic and international travel had been cancelled.

VWSA spokesperson Andile Dlamini said plans had been put in place weeks ago while the Uitenhage plant remained fully operational.

“We are taking preventative hygienic measures and have an ongoing awareness campaign for all employees,” he said.

Dlamini said all business travel had been cancelled.

“Our plant is operating as normal but we are closely monitoring any possible impact of the pandemic on our supply chain.”

On Sunday, President Cyril Ramaphosa declared a national state of disaster and announced sweeping measures to contain the spread of COVID-19, including travel restrictions on foreigners from hard-hit countries, a ban on mass gatherings of more than 100 people and the closure of schools.

The cabinet anticipated the pandemic would have a “significant and potentially lasting” effect on the economy and was finalising a package of measures to mitigate its impact, he said.

“In the last few weeks we have seen a dramatic decline in economic activity in our trading partners, a sudden drop in tourism and severe instability across global markets,” Ramaphosa said in an address broadcast on national television.

As of Sunday, the number of confirmed cases of COVID-19 in SA had risen to 61, he said.

On Monday, Eastern Cape provincial health spokesperson Sizwe Kupelo said 28 people had tested negative for the novel coronavirus in the Eastern Cape since the outbreak of the virus.

“He was in the city and staying at a hotel. He showed symptoms of the coronavirus,” he said.

However, Kupelo said the man was released after being tested while in quarantine for 48 hours at Life St Dominic’s Hospital.

He said 15 people had tested negative in Nelson Mandela Bay so far.

“The testing has been done as a result of hysteria created about the virus.