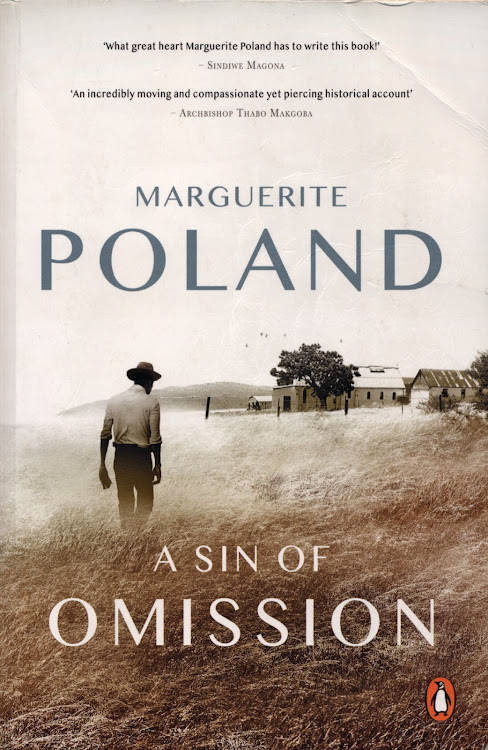 Towards the end of the Ninth Frontier War, Reverend Albert Newnham, pastor of isolated St Paul’s Mission on the Indwe River, stumbles out into the blustery darkness in his nightshirt as his hysterical wife bars the door from the inside.

“He could hear the bell rope twitching against the wooden poles of the belfry, the faint gonging now and then when a gust caught the clapper, a soft discordant counter note to his rising sobs.”

The dramatic scene builds to biblical proportions, cutting to the heart of the themes of culture and identity, friendship and prejudice, miscommunication and misunderstanding, sin and faith that underpin this wonderful book.

A Sin of Omission is set in the mid-1800s in what is today the Eastern Cape.

The boys grows up to be devout and diligent, a fiery boxer and an ace cricketer.

He graduates from the Native College in Grahamstown to be enrolled at the hallowed Mission College in Canterbury in England, the first African youth from Grahamstown (today Makhanda) to be honoured in this way.

There, beneath the spires, “under the high white sky of England”, he learns of God and the church, Welsh cakes and the workhouse.

He finds friendship and deploys his fists in a glorious dust-up.

What should have been a triumphant return becomes a relegation, however, as he is dispatched to a tumbledown mission station at Nodyoba, near Fort Beaufort.

Initially barely able to speak Xhosa because of his upbringing, he is dubbed Ngesi, the Englishman.

As he ministers to the community, his mother tongue returns.

Undermined by a litany of incidents, however, constrained by his vows, marooned between two worlds, in the end Stephen must make his own voyage of discovery.

Part of what makes Omission so good is the rich array of characters, from the mean-spirited Reverend Chauncey to the upwardly mobile Vuyo Tontsi and his disturbing sister Nonkhanyiso “Moonlight”; Stephen’s warrior-brother Mzamo; the luminous Elizabeth Madikane; Lily Majola who reminds him how to pray; warm and wild-haired Albert; and Mfundisi Turvey, who spells out the truth in a voice of thunder.

The story unfolds at a pivotal time in the colonial years of the Eastern Cape, from the great cattle slaughter by the Xhosa as directed by the prophet  Nongqawuse in 1856-1857 through the latter part of the frontier wars.

The book is characterised by an uncanny sense of place, not least surely because Marguerite Poland’s roots in the Eastern Cape run deep.

Her great-great grandfather, Reverend Charles Taberer, established the Holy Trinity mission at Nondyola before taking over St Matthew’s in Keiskammahoek, the first Anglican mission in the Amathole.

She has the gift of being able to see things with her mind’s eye and then to transmit these visions onto the page so the story comes alive.

A Sin of Omission is a gripping, gut-wrenching and important novel, and I believe it will become a classic of SA literature.