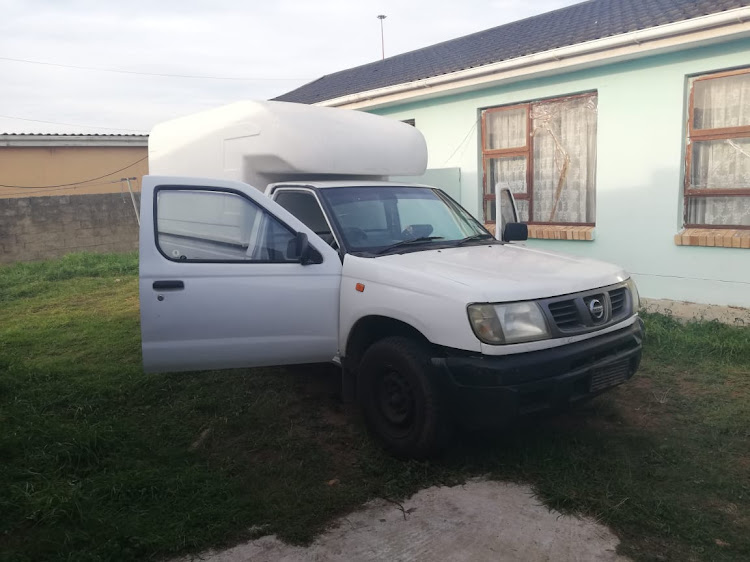 The store bakkie that was hijacked outside the Bafana Bafana shop in Endlovini Street in Nu29, Motherwell, was recovered inside a yard a short while later
Image: Supplied

Three men who allegedly robbed a spaza shop and hijacked a vehicle were arrested on Wednesday afternoon after police found them hiding at a house in Motherwell.

Police spokesperson Captain Andre Beetge said that the shop owner and his assistant were off-loading items from the bakkie when the six men armed with firearms and knives attacked them.

"Three men went into the shop while the other three remained outside. Two of the suspects drove off with the bakkie which was loaded with all the stock. The remaining four suspects then fled on foot between the shacks,” he said. 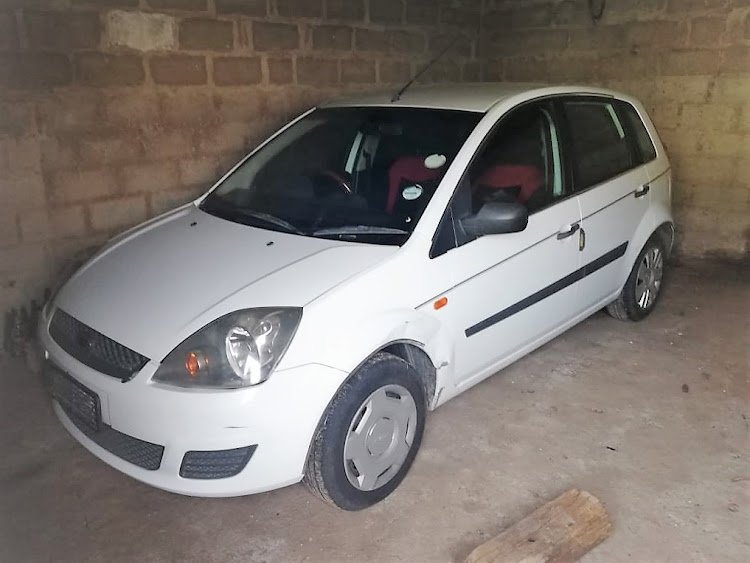 The hijacked Ford Fiesta was found parked in the garage of the house
Image: Supplied

“Within minutes of the robbery, police were alerted and started searching for the vehicle.”

Beetge said that by 3.30pm the bakkie was found parked inside a yard several kilometres away in Cintsa Street.

“Police approached the yard and found three men standing around the car. Two of the suspects were arrested in the yard while the third, who had a firearm in his hand, fled when he saw police.

"A chase ensued between various houses and the suspect was cordoned and arrested while still in possession of the firearm,” he said.

“After the arrest, police searched the premises and found a hijacked Ford Fiesta parked in the garage. The Fiesta had been hijacked at 10pm on Saturday in Ngwenyana Street, Motherwell.”

Beetge said that a search for the remaining three suspects was under way. “Detectives are also investigating if this gang is linked to other hijackings and robberies,” he said.

Beetge said that the recovered firearm, which was loaded, had the serial number filed off.

“The ballistic unit is analysing the weapon to determine where it was stolen and if it is linked to other open cases,” he said.

The men were arrested for a string of charges ranging from illegal possession of a firearm, hijacking, possession of stolen property and armed robbery.

The three suspects are due to appear in the Motherwell Magistrate's Court on Friday.