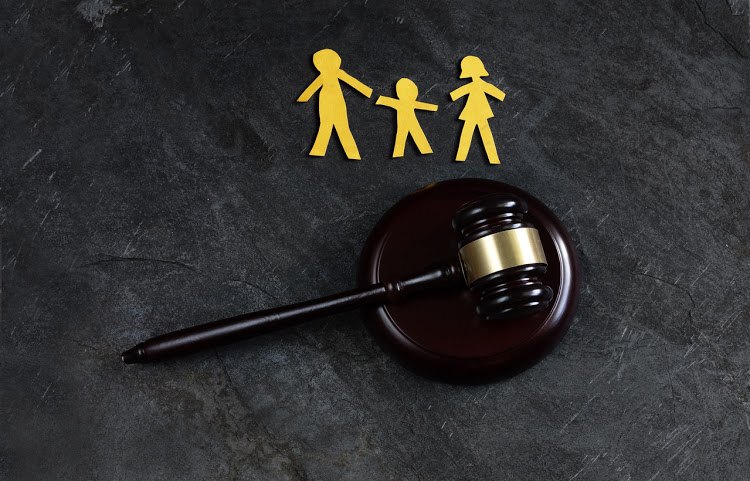 The father was a director of a restaurant franchise lived the high life while his ex-wife and children lived in abject poverty.
Image: Gallo Images/ IStock

A top Durban businessman on Monday began serving an effective four and half years' prison sentence after being criminally convicted of failing to pay spousal and child maintenance.

Krugersdorp magistrate Abdul Khan also attached his assets‚ the sale of which will enable his ex-wife to recover the more than R1-million she is owed.

Legal experts said this was one of the toughest sentences they have heard of for a criminal contravention of the Maintenance Act - which are usually handled through alternative dispute resolution.

The ex-wife's attorney‚ Wesley Rogers‚ told TimesLIVE: “It is more than likely the first time in South Africa’s legal history a long term of imprisonment has been handed down to a maintenance defaulter.

“My client has finally obtained the relief she deserves after a drawn-out legal battle which has taken its toll on her‚ emotionally‚ physically‚ and financially ruined her.

“The court has handed down a just sentence in the circumstances‚ and has provided our client with a writ of execution in order that she may now‚ after so many years‚ obtain what is legally hers.”

But the man’s legal team‚ advocate Peter Rowan and attorney Graham Parker‚ say they believe both the conviction and the sentence are wrong.

“We are extremely disappointed. We will appeal as a matter of urgency.”

Evidence before the magistrate was that the man‚ a director of a restaurant franchise chain‚ was living the high life and hiding his assets while his ex-wife and their two children - who are now adults - were living in abject poverty.

At times‚ she testified‚ they had to resort to building a fire in the lounge to keep warm and cook when the electricity was disconnected.

She said that she was debt-free but he arrived with “two bags”.

They started the business which owned the restaurant chain franchise with her money and‚ with an annual turnover of R9-million‚ it flourished.

But their marriage didn’t.

The divorce took three years to finalise and according to the settlement‚ he had to pay her R24,000 a month for five years (R1.4-million in total) and R10,000 a month to her for the children.

He defaulted after three months.

The man pleaded not guilty.

His defence was that he could not afford to pay her.

He testified that the businesses had gone through a tough time in later years.

Facing “bankruptcy” his fiancé had then “invested” in it‚ paying off his loans and keeping him on as an employee earning R25,000 a month‚ which she then kept to defray joint household expenses.

In his judgment‚ the magistrate questioned why an “astute businessman” would give up his entire salary and effectively live on what he was given.

He said the business was sold for no value and was a “smokescreen for him to live a luxurious life‚ while forcing his ex-wife and children into poverty”.

In her victim impact statement‚ the ex-wife said: “There were days we simply did not eat.

“In spite of a high court order‚ we lived for nine months without electricity. We would sit around the fire and pretend we were camping. We would boil the swimming pool water and we would take turns in showering in a bucket.

The magistrate sentenced the businessman to six years' imprisonment but suspended 18 months of that.

Khan refused to grant the man leave to appeal the conviction and sentence and refused to hear an application for bail pending a petition to the Chief Justice for permission to appeal.