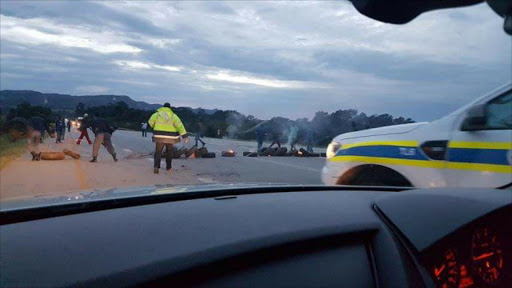 A group of more than 200 protesters marched to Thornhill SAPS to demand for the release of two suspects who were arrested during protest action near Humansdorp on Thursday morning (29/03/18).

This comes after a second suspect, aged 20, was arrested on the R102 today.

Earlier today a 35-year-old suspect was arrested in connection with the protest.

According to police both scenes are under control.

There is currently heavy police presence in the area and all roads are safe for motorists to use.

Both suspects will remain in custody until they appear in the Hankey Magistrate's Court on Tuesday 3 April 2018, on charges of tampering with essential infrastructure.

One of the suspects will face an additional charge of assault.

The service delivery protest near Humansdorp, which started at around 5am this morning, resulted in a massive traffic backlog on the N2 and R106.