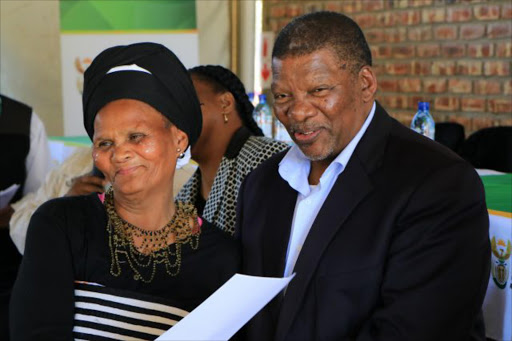 “I no longer feel like just another farm worker. Since this project started it feels like I have become a successful citrus farmer. Me and the other beneficiaries are no longer just workers, we are fully fledged farmers,” Bukeka Matyeke, one of the beneficiaries, said.

National Empowerment Fund has pumped upwards of R20-million into the project, and since then handed it stake in the initiative over to the Industrial Development Corporation (IDC).

Through the Farm Workers trust the farm workers now own 50% of the farm, while the management structure owns 40% and the IDC retains a 10% ownership.

Nkwinti said this initiative serves as an example of what can be achieved when farm workers and commercial farmers join hands and develop together.

“This is a functioning business that has addressed not only the issue of land reform, but a number of socio-economic concerns in the community it serves,” Nkwinti said.

Besides the farming initiative, Sun Orange also houses a clinic and contributes to the development of local hospitals, schools and crèches.