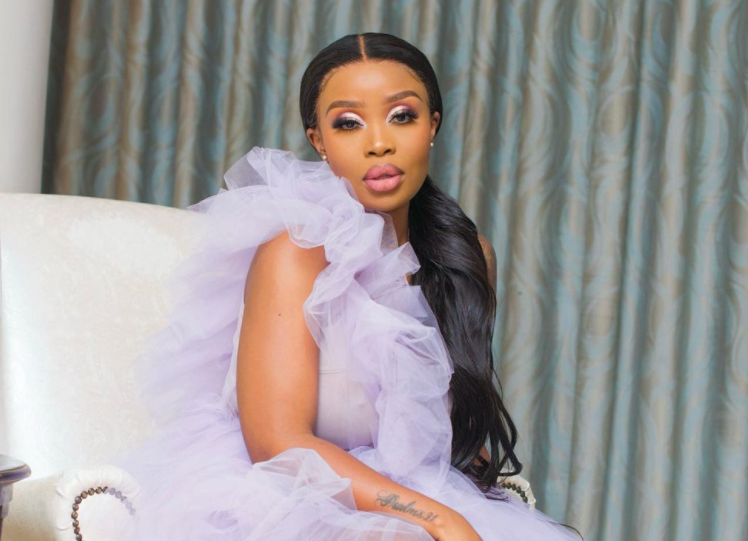 Sithelo Shozi has expressed gratitude to her followers for supporting her since she spoke up about having allegedly been abused by the father of her children.

The socialite and DJ is the mother of three children — her firstborn son from her previous relationship with Makhosini Maseko aka Lord Phil, and her two daughters with Royal AM chairperson Andile Mpisane, who is now married to Tamia Mpisane.

Sithelo recently revealed she had partnered with the NPO Women For Change to raise awareness about gender-based violence and started a petition to be granted a protection order for the safety of herself and children.

At the time of publishing this article, the petition had garnered nearly 50,000 signatures.

Sithelo took to her Instagram stories on Wednesday saying she appreciated the support from Mzansi and her fans.

“Thank you to everyone who took time to sign the petition, it has done exceptionally well and exceeded all our expectations, it surely will serve it's purpose,” she wrote.

She continued speaking of owning her truth despite the backlash on social media.

“I've realised how easy it is to say or encourage everyone on speaking out about their past traumas, things they may be going through even in the present moment, but nobody really prepares you for the backlash that comes with it. We are truly a big part of the problem too unfortunately.

“We continuously make it so hard for people to tell their stories and escape these past traumas. I for one, stand in my truth and will always dim any noise around it.” 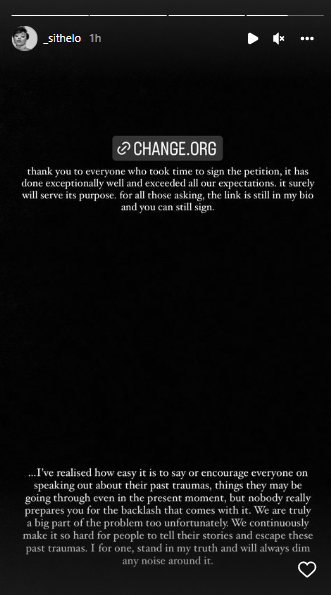 Mpisane's mother Ma'Mkhize denied all allegations levelled against her and her family.

“I would like to categorically state that neither myself nor my family have been witness to any alleged abuse against Sithelo and further [would] like to highlight that these allegations are false and defamatory,” she said in a statement.