From 'annoying' to 'clueless' — 3 times Bonang has slammed Nathi Mthethwa 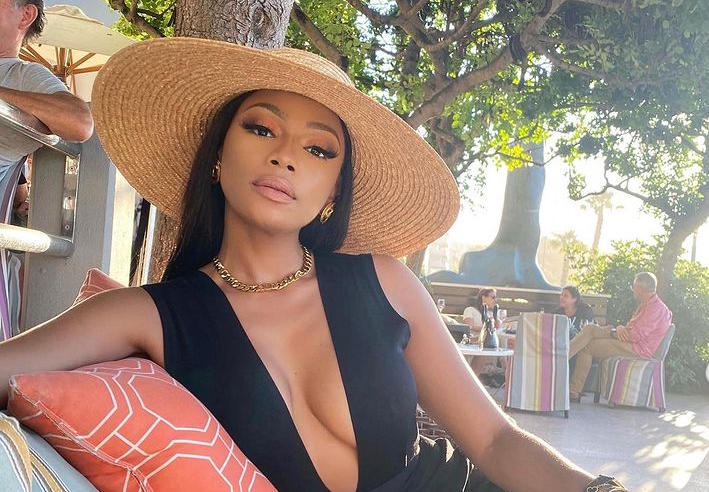 Media personality Bonang Matheba will not let arts and culture minister Nathi Mthethwa rest until he quits his job and stops being “useless” and “annoying”.

Bonang caused outrage on social media after calling on him to resign after he congratulated Banyana Banyana on their Women’s Africa Cup of Nations (Wafcon) win against Morocco at the weekend.

“It feels good for SA football to, once again, reach the pinnacle of continental football for the first time since 1996. Indeed, it is coming home, Mzansi,” said Mthethwa.

Bonang did not buy into the congrats message and quickly clapped back at Mthethwa.

She suggested he shouldn't celebrate Banyana because he “did nothing” to contribute to their success.

“Because nothing has been done since 1996! Imagine the nerve! Swooping in to celebrate a victory you didn’t cultivate! Find a new job!”

Here are three other times Bonang has taken aim at the minister:

In 2020, at the height of the pandemic, Bonang said Mthethwa was “annoying”.

This after he received backlash in response to his congratulatory post to R&B singer Elaine on being signed by Columbia Records.

Many slammed Mthethwa, saying the only thing he was good for was to issue congratulations and condolences.

On Twitter, one user said Mthethwa was “annoying”, to which Bonang agreed.

Fast forward to 2022, Mthethwa once again landed in the media personality's bad books when he announced plans for a R22m “monumental” flag.

The department said government had budgeted R17m for the installation of the flag and another R5m for geotechnical studies. It said the flag would serve as a national landmark and tourist attraction.

Mthethwa justified the project and its cost on eNCA, saying it would be seen from afar and would be lit at night.

Bonang was not impressed and called on Mthethwa to be given the axe.

“Fire this man. Please. You’re useless and we all hate you. You have no clue what you're doing. Go away.”

She also called for the flag project not to be reviewed but scrapped.

Last week, Bonang took another shot at the minister, calling him “useless” for not giving Banyana Banyana the money they “deserved” for reaching the Wafcon finals.

Mthethwa congratulated the team after their semifinal win over Zambia.

“It is with a deep sense of pride that I congratulate the Banyana Banyana warriors on clinching a spot in the finals of the Women’s Africa Cup of Nations after defeating Zambia in the semifinals. Your victory is a historic moment for women’s football in SA,” said Mthethwa.

Bonang said Mthethwa should have offer the team money as he has money to budget for a R30m orchestra.