“It's not about the accolades and all these other things.” 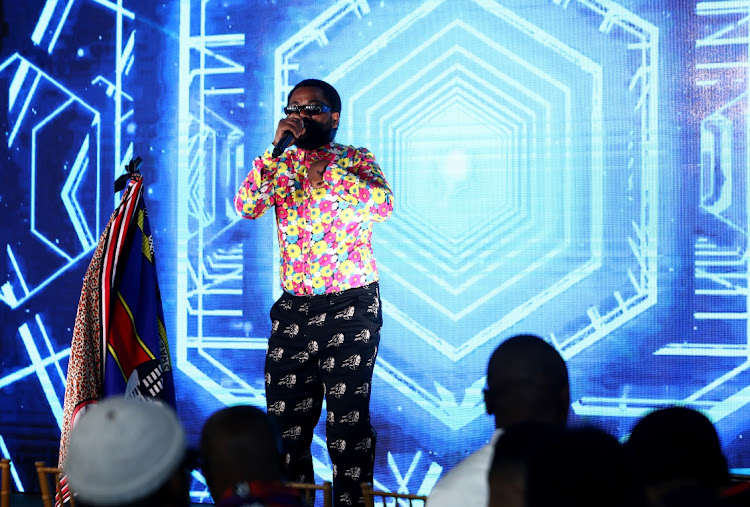 To Sjava, real name Jabulani Hadebe, the SA Music Awards (Samas) are off to a great start but lack one more thing to bring everything together — a category for the most motivational song.

After performing at the Samas nominations event on Tuesday morning at The Garden Venue Boutique Hotel in Randburg the rapper didn't leave the stage immediately. He appealed to the organisers to consider introducing the category.

Speaking to TshisaLIVE he explained that the recognition  from that award will bring about a balance in the music industry.

“This is a gift, and it's a gift that God gave us that we make music that motivates. But it looks like those types of songs are never really recognised. A dance song will be recognised more than that motivational song and at the end of the day we need that balance, because as much as we need to dance we still need that motivation. So things need to balance more than anything.

“Another thing that makes people make music that doesn't have a message is because most of the time it wont go anywhere, so let me do this instead, and they really end up missing out on so many lessons.”

Sjava is an award-winning rapper with multiple Samas, an NAACP Image Award and has a Best International Act Award from the BETs in 2019. But for him there's more to making music than receiving accolades.

“When I started making music it was not all about these things ... It was because no matter what I'm going through, if I still managed to put the music out people will listen to it. You can't stop people from listening to it. So for me, that has always been the motivation and it will always be. It's not about the accolades and all these other things. Of course when you win those, you celebrate but that's not the motivation.”