No longer Miss, but Mrs? Faith Nketsi 'confirms' she's off the market 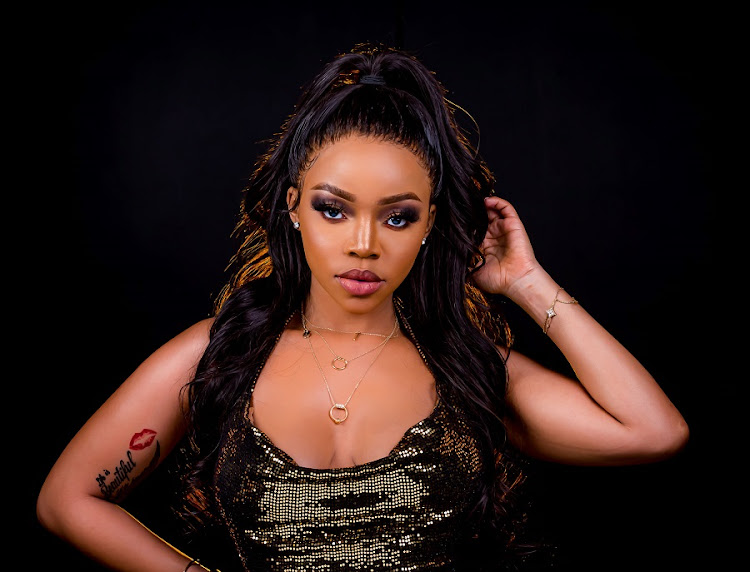 Rapper, socialite, and reality TV star Faith Nketsi seemingly tied the knot with her beau Nzuzo Njilo in a private ceremony at the weekend.

Faith, who was formally known as “Queen Twerk”, sent shock waves on social media on Sunday when pictures and videos of her wedding day surfaced — indicating she was off the market.

While the star has not officially confirmed the news, she took to her socials to add the Njilo surname to her name, further adding fuel to the rumours that she wed wealthy businessman Nzuzo in a luxury wedding.

Pictures and videos of Faith's wedding ceremony made their way to social media, increasing in number as she climbed higher and higher on to the Twitter trends list.

The media personality also tweeted, though not saying much, that she is now Mrs Njilo.

The news of Nketsi’s wedding sent her to the number spot on the Twitter trends list over the weekend. It was wedding season in celebville as Faith was not the only who tied the knot.

I'm very sure that Faith Nketsi's husband is aware of her history but for reasons known to himself,he chose her to be his wife anyway.Sometimes when you don't understand why good things happen to people you deem as bad remember Just Mize you are not as wise as you think you are.

Faith Nketsi did not get married in secret. The right people in her circle knew about the wedding not you

Denise, a TV presenter, actress, and artist, walked down the aisle at the picturesque venue Blaauwklippen Vineyards in the Stellenbosch wine lands on Saturday.

Taking to Instagram on her wedding day the mother of one shared with her followers that she was about to walk down the aisle.

“Today is my Wedding Day ... it’s finally here! I have been seeing a flood of my family and friends coming in from around the world, and I can’t express enough how excited I am. I’m so grateful. A big thank you to everyone!”