An obstetrician and a lawyer? That’s Dr Faith Ngambu 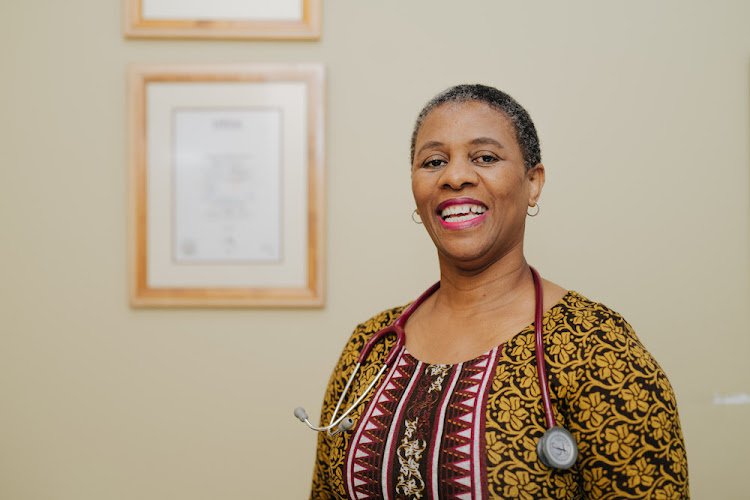 Dr Faith Ngambu is a 51-year-old obstetrician and gynaecologist, sub-specialising in maternal fetal medicine at the University of Pretoria. She wants to research the impact of herbal medicine on the development of cerebral palsy in infants. Ngambu also has a master’s degree in law to address bioethics and medical malpractice.

Born in the rural village of Willowvale in the Eastern Cape, she matriculated at Nozuko Senior Secondary School in Mthatha and did a BSc degree in botany and zoology at the Walter Sisulu University (then University of the Transkei). She went on to study medicine, which she completed in 1996. For Ngambu, an interest in obstetrics runs in the family: her mother was a midwife.

“My decision to become a doctor was dominated by my passion for helping people,” says Ngambu. “My mother also inspired me. She was a widow raising four children on a nurse’s salary. She had so much love in her — there is nothing she wouldn’t have done to see her children succeed.”

‘I couldn’t find a female gynaecologist for myself’

After working for several years as a medical officer at Livingstone Hospital in Port Elizabeth, Ngambu decided to specialise in obstetrics and gynaecology, which she completed in 2005. What inspired her choice? During her second pregnancy, she could not find a female gynaecologist in the area. “I think women sometimes just have a better understanding of what other women go through,” she says.

For most, that would be a sufficient achievement for one lifetime. But not for Ngambu who, after years in private practice and working at the Mahatma Gandhi Memorial Hospital in Durban, decided to do a law degree and ended up with an LLM, majoring in bioethics and medical malpractice.

“Gynaecologists and obstetricians in public and private practice are often sued by patients when they think there was negligence during the birth process. It got to the point where people hesitated to specialise in this field,” says Ngambu.

“Some cases have merit and others don’t. As I have both legal and medical knowledge, I am often called to give expert testimony for the health department.”

But she says, she is a gynaecologist and obstetrician first, and this is where her passion lies.

“My field has given me opportunities to care for the most vulnerable of society. I also do community obstetrics outreach for high-risk pregnancies. It gives me pleasure and satisfaction to see a mother and baby do well. I also assist medical staff with management, and teach medical students, nurses and doctors specialising in this field.”

It’s this interest that inspired her to sub-specialise in maternal fetal medicine at the University of Pretoria. Her specialisation is sorely needed in KwaZulu-Natal, where she has worked for many years. Maternal fetal medicine specialists often deal with women who are experiencing high-risk pregnancies. She will be doing research on factors contributing to adverse pregnancy outcomes in a referral hospital in the Eastern Cape.

“I thought it was a hoax,” she says about receiving the mail about her success in applying for a grant from the Discovery Foundation. “It was only when the head of my faculty confirmed it that I realised it was indeed true. I was so happy, as it removed all obstacles to sub-specialising for me. It will make a difference both in my life and in the lives of people in the communities I look forward to serving.”

When she’s not studying or seeing patients, Ngambu still finds time for some of her favourite activities, which include viewing wildlife, cycling with the family, and sewing.