Race on for 2022 Exporter of the Year 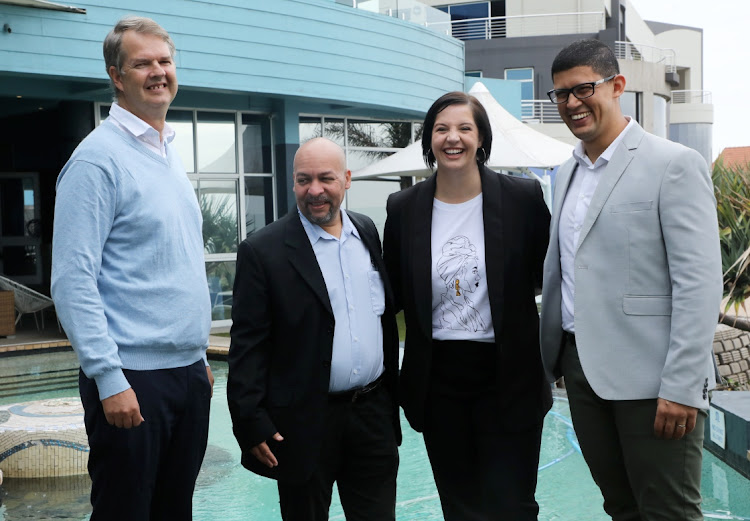 Once again, the race is on to see which companies will win the coveted Exporter of the Year award for the 2022 edition.

On Tuesday, Exporters Eastern Cape launched the event at the Paxton Hotel where companies were officially invited to enter.

Exporters Eastern Cape chair Quintin Levey said they were excited to have the finalists in one venue again after hosting the ceremony virtually over the past two years.

“Probably 10 people attended when we started where they stood at a bar and handed over certificates over beers and now it’s grown to an event of more than 650 people,”  Levey said.

Now in its 27th year, the awards will be held at the Boardwalk in October.

The awards recognise the achievements of Eastern Cape companies involved in the export industry, whether they are direct or indirect exporters as well as service providers to exporters.

This year, the Best Exporter category will be separated into: OEM, corporate for exporters with direct and indirect export turnover greater than R200m, medium enterprise for turnover between R25m and R200m and small business for turnover below R25m.

“We changed the criteria because it has been won by three companies since it started 15 years ago,”  Levey said.

“The SJM Flex Environmental Award will be for OEMs and the other one will be other companies.”

There will be two judging panels as well, one which will comprise environmental specialists and the other service provider experts.

“A scorecard will be filled in by a judge separately and then they meet and do collaborative final judging.

“It will have quantitative and qualitative criteria.

“It is a year-on-year comparison,” Levey said.

“When you enter, you will give a three-year history and so with Covid-19 it will not look at a year in isolation but allow companies to show where they have come from.”

The other categories are the IDC job creation award, emerging exporter award and the exporter of the year.

Exporter of the year 2021, the Acoustex Group, is a Gqeberha-based manufacturer of automotive components that exports to 12 countries.

“I think we are the poster child of this. A small company in Korsten exporting to the world,”  Swartbooi said.

The Acoustex Group is a tier 1 supplier for OEMs.

It does injection moulding, trim moulding and sound deadening manufacturing.

With the exposure from the awards, Swartbooi said the company had grown exponentially.

“We have just got a new investment from Isuzu of R25m and I must say it helped with the tendering and contracting phase to say we have won this award.

“It has also broken the shackles of BEE because people think BEEs fail when they are tier 1 suppliers,”  he said.

Entries open on June 6 and the event will be at the Boardwalk on October 21.