Chips down for Chilli Boys 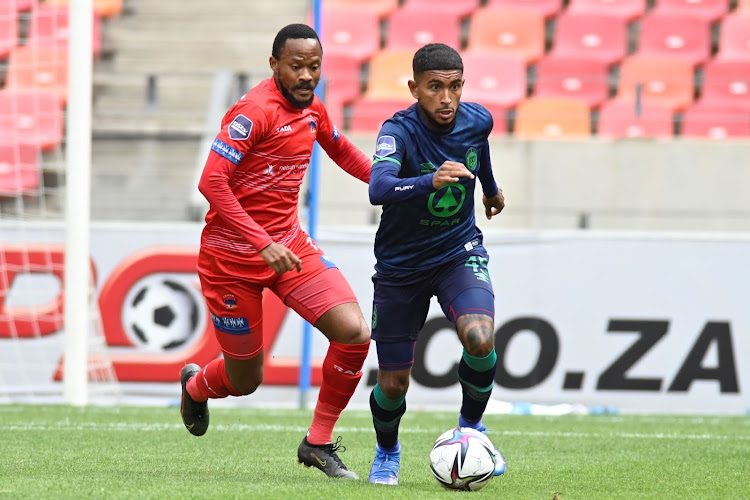 Chippa United will be hoping for a little luck when they face Maritzburg United in a DStv Premiership showdown at the Harry Gwala Stadium on Sunday (kickoff 3pm).

Though the Gqeberha battlers have shown the desire to win of late, luck has simply not been on their side, attacking midfielder Thokozani Sekotlon said.

The Chilli Boys have had a poor start to their league campaign, having won just two of their 15 matches.

Chippa played to back-to-back draws against AmaZulu at home and away, with the recent result being a 2-2 stalemate on Tuesday.

The results have not affected their league standing — they continue to languish second from the bottom of the log with 12 points.

“I feel like we have been playing really well,” Sekotlon, 30, said.

“We have been enjoying ourselves and I feel like we have been unlucky in the past few games.

“Especially on Tuesday, [when we were]  leading 2-0 and [and then they came] back to draw.

“Obviously it’s not a nice feeling, but everyone can see — the team and coach can see — that we are working towards something, so the next step is to be rewarded for the hard work that we have been putting in.

“Maritzburg are a good team and they have a good coach in Ernst Middendorp.

“I don’t think in the PSL you can take any team for granted — at this point in time everybody is fighting for points so it will be a very difficult game for both teams.

“Having watched our game against AmaZulu, they will be ready for us,” he said.

Chippa caretaker coach Kurt Lentjies said the AmaZulu match had been a learning curve for the team.

However, they had put the outcome aside and were focusing on achieving positive results against Maritzburg.

“Our approach for me is more or less the same,” Lentjies said.

“What we have been doing has been working for us, the players are comfortable doing it.

“Yes, two draws in a row is not what we wanted but now we are playing Maritzburg it’s an opportunity to jump up a place or two in the league.

“That is what we are looking to do, so when it comes to approach, things will be the same.

“It’s the first time that we scored two goals away from home, which is a big compliment to the guys, and we are playing at Harry Gwala Stadium and will look to do the same.

“With AmaZulu, I have spoken to the guys, we have learnt from that result and how we can improve as a team, so it’s just a sign that God has sent us leading 2-0.

“I said it before I think (with) Kurt Lentjies coming in they have done well in the games that they have played under him.

“It’s a clear three-defence line what we have seen so far with a double six and a double 10 and one striker upfront.

“They have a lot of numbers in the middle so they play quite compact — it’s important for us to find the right spaces and arrive at the right time to capitalise on their weakness,” Davids said.