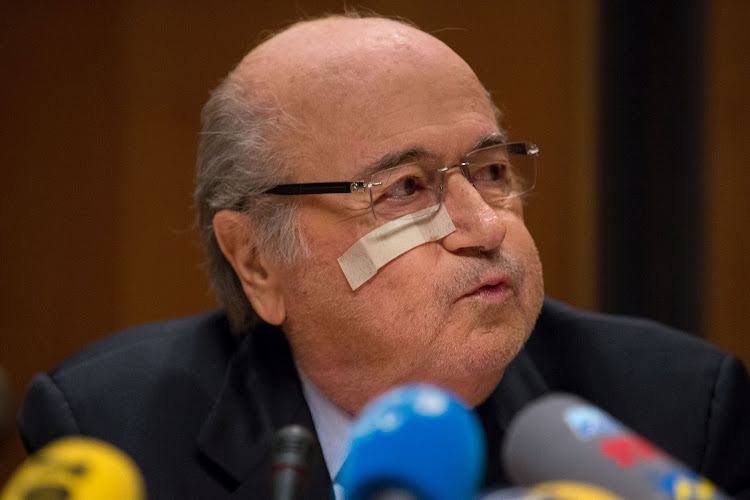 The trial of former FIFA president Sepp Blatter and French footballing legend Michel Platini over alleged corrupt payments ground to a halt on Wednesday when Blatter said he was too ill to testify.

Swiss prosecutors accuse the pair, once among football's most powerful figures, of unlawfully arranging a payment of two million Swiss francs ($2.08 million) in 2011. Blatter and Platini both deny the charges.

But Blatter, looking frail during the hearing at the Federal Criminal Court in Bellinzona, said he was unable to address the court due to chest pains.

“The pain will come back and I am having difficulty breathing,” the 86-year-old told, the court in a whisper.

The judges told Blatter the trial, which is due to last two weeks, was running on a tight schedule but eventually allowed him to make his testimony on Thursday.

Earlier, lawyers for Blatter and Platini failed to shift the trial to a local court or dismiss FIFA's civil claim against Blatter and Platter to reclaim the two million francs.

“This case is being heard in the wrong stadium,” Platini’s lawyer Dominic Nellen told the court, saying federal prosecutions should be reserved for large, international cases.

The judges dismissed the argument, and allowed FIFA to remain involved.

“It is obvious that FIFA has been damaged,” said its lawyer Catherine Hohl-Chirazi. “Two million francs was stolen.”

Three judges will hear the trial, which runs until June 22. A verdict is due on July 8. If convicted, Platini and Blatter face up to five years in jail.

Both have denied wrongdoing and say they had a verbal agreement over the payment, which related to consultancy work by Platini between 1998 and 2002.

Blatter, once the most powerful figure in global football, arrived at the court walking with a stoop and holding the arm of his daughter Corinne.

Before the hearing, he said he was positive and in a good mood.

“I know I have not done anything against the law. My life was football, for 45 years with FIFA,” he told journalists outside the court.

Platini, a former UEFA President, also said he was confident, and joked he would have to improve his German so he could follow the proceedings.

“I am convinced that justice will be fully and definitively done to me after so many years of wild accusations and slander,” he said in statement before the hearing.

“We will prove in court that I acted with the utmost honesty, that the payment of the remaining salary was due to me by FIFA and is perfectly legal,” he added.

The Swiss Office of the attorney-general (OAG) has accused Blatter and Platini of “fraud, in the alternative of misappropriation, in the further alternative of criminal mismanagement as well as of forgery of a document”.

Platini, who as a player captained France to victory in the 1984 European Championship, was also charged as an accomplice.

Blatter and Platini, 66, were both banned in 2016 from soccer for six years over the payment, made with Blatter's approval for work done a decade earlier. — Reuters