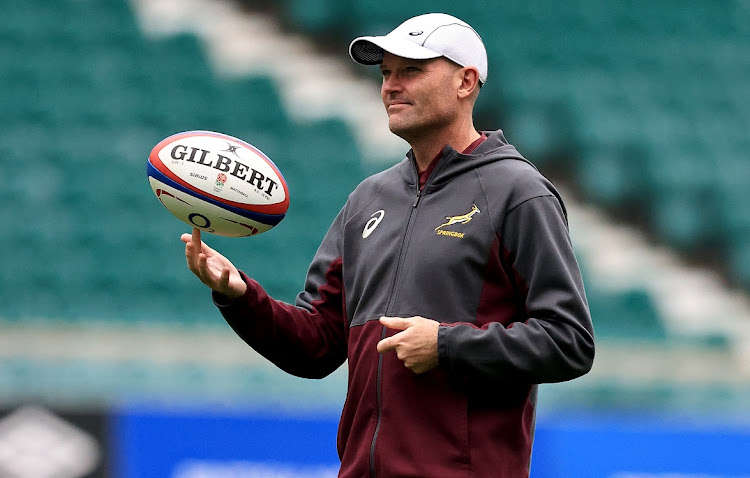 SA coach Jacques Nienaber is under no illusions as to the battle ahead for his side in their three home Tests against Wales next month and expects a “proper series” when they clash.

Wales have never won a match in SA in 10 previous attempts, conceding on average more than 40 points per game, and are coming off a dismal 22-21 home loss to beleaguered Italy in their last Six Nations match in March.

That has led to suggestions it will be a one-sided contest against the Springboks, who are expected to be at full-strength as they build towards the defence of their Rugby World Cup title in France next year.

But Nienaber says it would be foolish to write the Welsh off and with the luxury of a month for the tourists to prepare for the series under coach Wayne Pivac, believes they will be well-drilled and ready for the Bok challenge.

“They are tactically smart and when they played us at the end of last year (in Cardiff) they had a good kicking game and pinned us in our half.

“It is always a scrappy affair and an arm-wrestle.

"They will bring pride and be willing to take it to the gutter if they must. They can also open it up they want.

“It will be a tightly contested series. They know how we play and we have a pretty good idea of how they play.”

Wales last toured SA in 2014 when they lost a two-match series, though the second Test was narrowly won 31-30 by the home side.

This year's matches will start in Pretoria on July 2, before fixtures on consecutive Saturdays after that in Bloemfontein and Cape Town.

•Australia will play SA in a Rugby Championship Test at Sydney Football Stadium on September 3, the first international sporting event at the venue since its A$828 million ($594 million) redevelopment.

Organisers will hope to fill the stadium where all 42,500 seats will be under shelter as part of the rebuild.

“To have the Wallabies taking on the world champion Springboks in front of over 40,000 supporters is going to be an amazing experience, and one I’m sure those in attendance will never forget,” Rugby Australia boss Andy Marinos said in a statement on Thursday.

The first sports event at the stadium adjacent to the Sydney Cricket Ground is expected to be a National Rugby League match in the lead-up to the Wallabies Test.

Soccer governing body Football Australia said on Thursday the stadium would host a women's friendly between the national 'Matildas' team and Olympic champions Canada on September 6.

The venue will also be used for the 2023 women's Soccer World Cup co-hosted by Australia and New Zealand. — Reuters