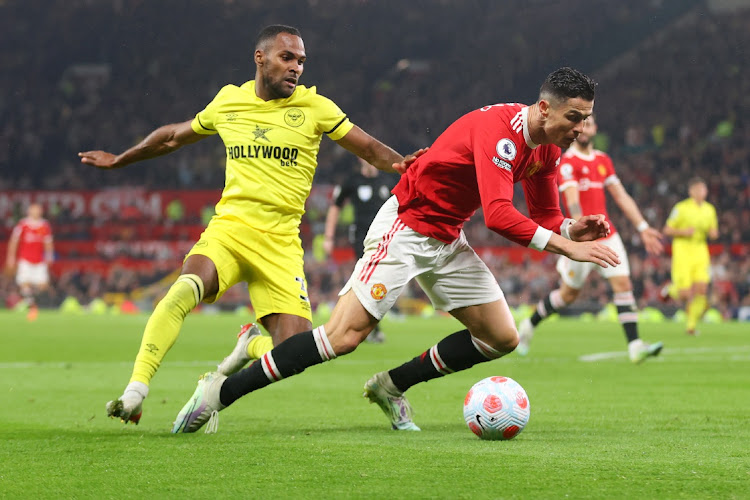 Rico Henry of Brentford brings down Cristiano Ronaldo of Manchester United inside the box to concede a penalty in the Premier League match Old Trafford on May 2, 2022 in Manchester
Image: Catherine Ivill/Getty Images

Manchester United interim manager Ralf Rangnick said he has yet to speak to his successor Erik Ten Hag about plans for next season but believes Monday’s performance in the 3-0 Premier League win over Brentford was a sign of their future potential.

Goals from captain Bruno Fernandes, Cristiano Ronaldo and Raphael Varane sealed a comfortable victory in the final home match of what has been a difficult campaign.

“I'm not happy with the results, especially in the last four or five weeks. In general, we have lacked consistency,” Rangnick, who will act as a consultant for the club from next season, told SkySports.

Regarding his handover to Ten Hag, he added: “So far we haven't been able to speak. Erik's focus is on winning the Dutch league (with Ajax Amsterdam), our focus was on our games.

“It's obvious quite a few players will leave and there is a need for top-quality players. I strongly believe that if everyone works together, we can bring Man Utd back to where we need to be.

“Other clubs only needed two or three transfer windows to challenge but from now on we need to bring in top-quality players who really help raise the level. If this happens then I don't think it should take too long.”

Rangnick believes the win over Brentford was a vast improvement when compared to their recent form.

“We were in control for most parts,” he said. “In possession, that was one of our best performances this year. It was the type of performance we wanted to show to our supporters.

“We played with Juan Mata and Nemanja Matic, and that gave us some quality in midfield. It was not too easy for Brentford to take the ball away from us.

“In the first half we played too many square and back passes but in general it was a good performance.”

Brentford manager Thomas Frank said he thinks they have a good chance of keeping talismanic playmaker Christian Eriksen beyond this season and that the club will do everything it can to keep him.

Denmark international Eriksen, who needed life-saving treatment on the pitch last June when he collapsed in a European Championship match against Finland, returned to action with Brentford after signing a short-term deal in January.

The 30-year-old's former club Inter Milan ended his contract in December as he was not allowed to play in Serie A because of his heart starter device.

British media have linked him with a return to his former side Tottenham Hotspur, with Newcastle United and Manchester United also among the clubs reported to be interested, but Frank said Brentford were not out of the running.

“I am always positive,” he told the BBC when asked about keeping Eriksen, who has scored a goal and made two assists in the league since his return.

“I always believe we have a very good chance. I know he is happy here, he is enjoying his football. It is a decision that will be taken at the end of the season.”

“That was a nice touch and (shows) what football can do when we think about greater things,” Frank told Sky Sports.

“The key is he performs consistently at a high level ... It's no secret we would like to do everything we can to keep him.” — Reuters