Obstacle racing to be tested as equestrian replacement in modern pentathlon 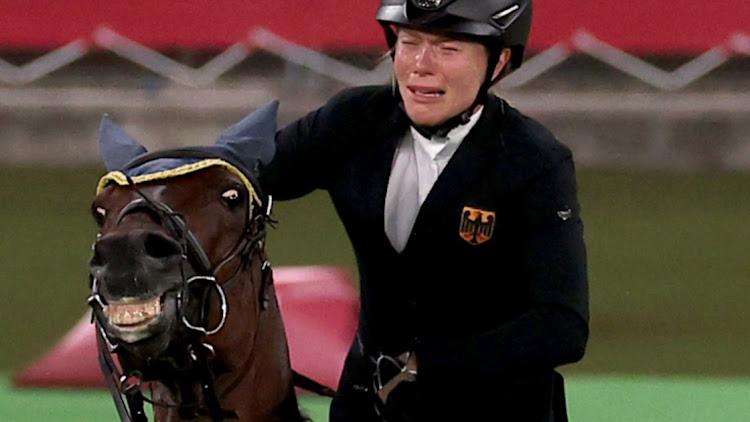 Annika Schleu of Germany reacts before being eliminated during the modern pentathlon in the Tokyo Olympics
Image: IVAN ALVARADO / REUTERS

Modern pentathlon's governing body (UIPM) said it has selected two variations of obstacle racing for testing from more than 60 options as it looks to replace the equestrian element in the sport from the 2028 Los Angeles Olympics.

The UIPM had said in November it would determine a suitable replacement for equestrianism through a consultation process.

That decision came after German coach Kim Raisner struck a horse at last year's Tokyo Games when it refused to jump a fence, which led to widespread criticism of the sport.

“The UIPM executive board decided to test the combination of the obstacle discipline alongside fencing, swimming and the laser run,” the governing body said in a statement.

“Testing will begin immediately after the 2022 Pentathlon World Cup Final in Ankara in late June. After comprehensive testing, the final decision will be taken by the UIPM Congress.”

Pentathlon United has opposed the move to remove equestrianism, and its representatives wrote to International Olympic Committee President Thomas Bach on Sunday asking him to intervene, saying the UIPM's consultation process had been “illusory at best”.

However, the UIPM said athletes had played a central role in the process and Athletes Committee chairman Yasser Hefny, who led a focus group of 26 competitors from 22 nations, said that they were on the verge of a landmark decision.

“I believe the New 5th Discipline Working Group has been thorough in evaluating the options put forward by our community, using internal and external expertise to good effect,” said Hefny.

“While we still have specifics to finalise, we have a new and exceptional opportunity to grow and give visibility to our sport for the benefit of many generations to come, and that's very exciting.” — Reuters