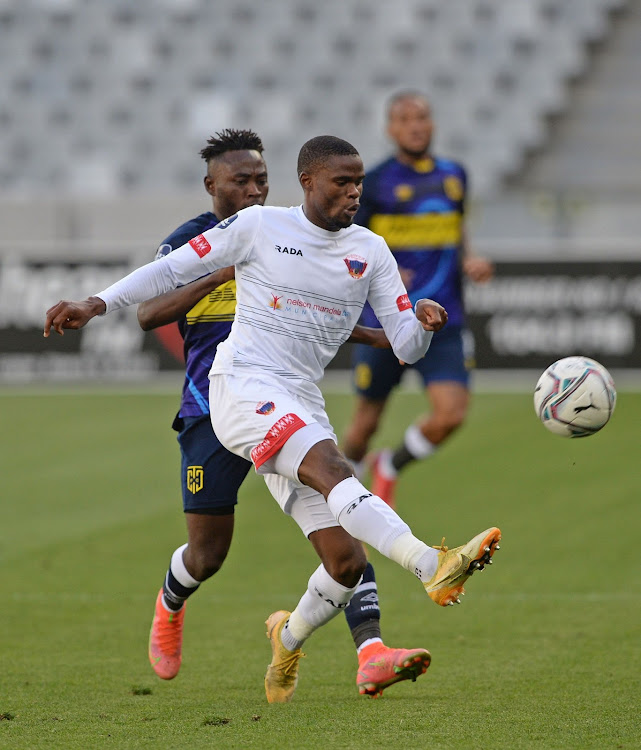 A game Chippa United were sunk by a late Cape Town City goal as they suffered a 1-0 DStv Premiership defeat at the Cape Town Stadium on Wednesday evening.

Abdul Ajagun netted the only goal of the game in the penultimate minute of regulation time, with the result seeing the Citizens rise to eighth place on the log and bounce back from their MTN8 final disappointment at the weekend.

The Chilli Boys, meanwhile, are down in 14th place and just one point above the relegation play-off zone after an eighth match without a win in the league.

City had the first shot in anger, with Ajagun sending an effort straight at Chippa goalkeeper Ayanda Mtshali in the seventh minute, after good work from youngster Khanyisa Mayo to set up his Nigerian teammate.

The Cape side enjoyed the upper hand in terms of possession and territory through the first half-hour, but they struggled to prise open the Chippa defence, with only a couple of glimpses of goal for Tashreeq Morris and Ajagun.

The Chilli Boys took their time to settle into the game and gradually began to offer up some threats of their own, with Thokozani Sekotlong missing out on a great chance to tee up Mogakolodi Ngele as his cross was intercepted by Hugo Marques on 35 minutes.

The restart for the second stanza had City shuffle their pack in attack by withdrawing Mayo and putting on Bradley Ralani from the bench.

The hosts soon created a spell of pressure, but Chippa had the first genuine chance of the second half when Siphesihle Mkhize got on the end of a corner kick and headed wide of the target on 65 minutes.

The Citizens had a strong appeal for a penalty turned down on 70 minutes when Ajagun went down under a challenge in the box.

This followed the introductions of Mduduzi Mdantsane and Thato Mokeke off the bench to boost the home side’s creativity through the middle of the park.

Ajagun had been a threat throughout the match and he was finally rewarded for his endeavour in the 89th minute, providing a fine finish from inside the box to beat Mtshali and secure all three points for the Cape Town club.

• Fresh from winning a record 20th Premier Soccer League trophy to go one clear of Kaizer Chiefs, the Brazilians beat Maritzburg United 1-0 in their DStv Premiership tie at the Loftus Versfeld Stadium in Pretoria on Wednesday night.

Sundowns striker Peter Shalulile scored a magnificent second-half volley to take the Brazilians to 22 points, three clear of Stellenbosch on top of the standings with a game in hand.

Mamelodi Sundowns reached another milestone as they set a new record of 11 consecutive league clean-sheets.

Before the match, they were on a run of 10 games without conceding, equalling Bidvest Wits when they went the same number of games without letting in a goal in the 2003/2004 season.

• The fixture between AmaZulu and Marumo Gallants was abandoned on Wednesday and rescheduled to Thursday at the King Zwelithini Stadium in Durban (3.30pm).

The match was called off after a few minutes into the match due to a clash of playing strips. — SuperSport.com