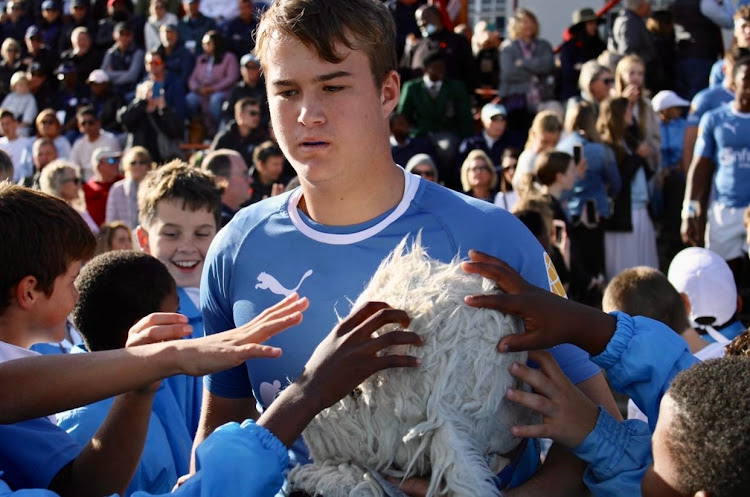 SEIZING THE MOMENT: Grey High first team rugby captain Ivan Ingram became the first to lead his side into a new era when they beat rivals Queen's College 28-13 on the renamed Kolisi Field on Saturday
Image: GREY HIGH SCHOOL

Grey High first team rugby captain Ivan Ingram said their intention was always to start the new era with a win after they overcame rivals Queen’s College on the newly christened Kolisi Field on Saturday.

Springbok captain Siya Kolisi, who matriculated from Grey in 2009, made a brief appearance at the renaming ceremony before the start of the match, but was not able to stay to watch his alma mater defeat the Komani outfit 28-13 to end the school’s reunion weekend celebrations on a high note.

Speaking after the match, Ingram said despite some small errors he was happy with his side’s performance in front of the adoring home crowd.

“The boys were obviously a bit nervous coming in here today,” the skipper said.

“The renaming of the field from Philip to Kolisi field also added a bit of edge to the game.

“We wanted to start the first game on the Kolisi Field with a win, so the boys fought their hearts out and got what they wanted [in the end],” he told the school’s in-house publication, Grey Matter.

Being the first Grey captain to lead a side on the newly named main field was an “absolute honour and actually quite crazy if I think about it now”, Ingram said.

Looking ahead to their upcoming fixtures, Ingram felt they needed to show a bit more composure in key moments.

“Definitely our discipline today [was an issue], some slip ups, some silly things [we may have done].

“I just think the boys must stay more composed but obviously those are discussions for Monday.

“[We’ll] let the boys enjoy the win today, have our flush out on Sunday before going again on Monday.”