I will fire him, before he fires me - Chippa United coach Masutha 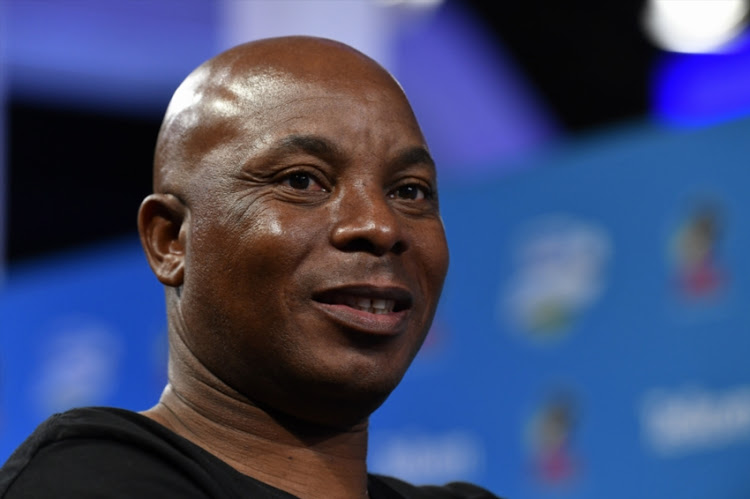 “I will fire him before he fires me,” Masutha said when asked if he was uneasy before taking the job at Chippa.

The Venda-born coach joined the Port Elizabeth based professional soccer side at the  beginning of the month replacing axed Eric Tinkler, in a dramatic move to try and save the foundering  Chilli Boys' ship.

The former Black Leopards coach made the statement while speaking to the media after his team's 1-1 draw against Cape Town City in an Absa Premiership fixture at Athlone Stadium on Tuesday night.

Ironically, Masutha’s last game with Leopards before he was sacked was in Cape Town against the same side.

However, upon his return to the Mother City the coach had a smile on his face.

“Actually, I got fired before I came (here),” Masutha laughed.

“But I am more happy here because of the spirit that was shown by the boys. Not many teams can come and play Cape Town City, in Cape Town and come out alive.

“When I took the job I told myself even if people say he (Mpengesi) will fire me or he fires people, I believe that I will fire him.

“When I took the job I told myself even if people say he will fire me or he fires people,  I believe that I  will fire him

“That is the attitude that carries me through any situation. Otherwise you cannot be a coach and be a coward. Firing is beyond our control, if we could control that . . . now then that would be something.

“You just have to go and work, those (things) that you cannot control, leave them to those who can control (them)."

On the field, City struck first with Riyaad Norodien opening the scoring  as early as the eighth minute.

However, Rhulani Manzini leveled the score mins later to ensure that Chippa walked away with something from the game.

Masutha said he was  satisfied with the fighting spirit shown by his players on Tuesday night.

“To be honest, especially in the first half, Cape Town City were running  like hell. They were on top of us but we showed character.

“Yes, we made mistakes here and there but you could see that this is a team that wants to move up the log,” he said.

“Normally, when you are down there, there is too much stress. You concede early and you look down, but the boys did not do that.

“So, that makes me feel satisfied even though I feel like we still need to  work on them playing more positive, not being afraid and taking the game to the opponents.

“Because, if you look at the players I fielded, these guys on any good day,  can take on anybody and win the match. So, I believe where we are right now it also hampers the confidence of the players.

“I think this point against a super team will help these boys start believing."

“We have been working very well together. He is very vocal but he knows his job and I am happy with that.

“I am not a coach who says, ‘you are my assistant’.   A title is a title, yes, but I empower everyone even the players, I even engage them on the bench .”