At the 8km mark, Molotsane sailed past Glenrose Xaba, who was leading the pack, to finish the 10km race in a comfortable 33 minutes and 46 seconds. 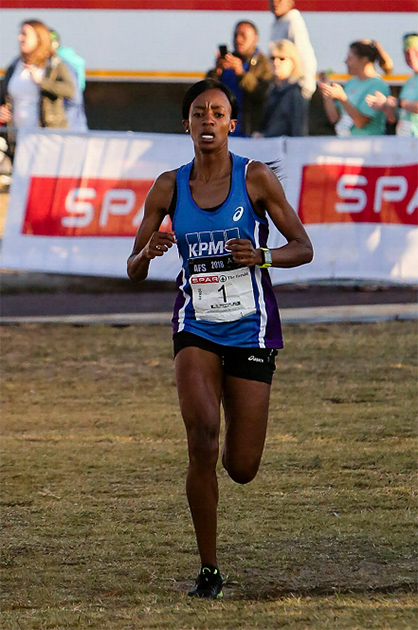 Molotsane won the opening race of the series in Cape Town last month. Although she was not in the right state of mind because of personal problems which almost saw her not taking part, the 26-year-old said she was happy to have finished the race on Saturday.

“After my first SPAR Ladies Race I struggled a lot,” Molotsane said.

“I needed to be off from racing for about two weeks, but I had another race the previous weekend, so I didn’t have enough time to train.

“However, that was not the issue on race day because I am a fighter, but some other issues came up just on the eve of race where I just had a bit of a situation and I wasn’t sure if I was going to race.”
Owing to those personal issues, the plan she had going into the race did not materialise.

“I would have loved to approach the race in a very different way and not the way that I ran on Saturday morning, but I am just glad that everything worked well for me,” she said.

“Considering that I haven’t been training as much as I would have loved, I am happy with my time.”

Last year, the sprinter collected three titles from the six races and has again set her sights on another podium finish this year.

Molotsane said she needed to come up with a new plan to stay competitive in the race.

“I believe it’s early days for us. It’s the second race of the grand prix and we still have four to do. That’s far.

“I need to come up with another plan for me to stay in the race.

“I’ll see how it goes. I am really looking forward to running all of them because the situation has not changed from our side.

“[My coach and I] are still looking for a qualifying race overseas so that I can qualify for the 5 000m in the African Champs.

“It’s a dream for now, but if it doesn’t suit us unfortunately we will have to leave that idea out of our schedule and carry on with the grand prix.

“As for now I am still in the grand prix and I am hoping to finish it off very nicely, at least with a podium finish.”

Runner-up Xaba said: “I am very happy with my race.

“I was not planning for a top finish, because on Friday I had a hamstring injury. I am pleased to have finished in second position,” she said.

“The hamstring hurt a lot when we reached the 8km mark and that is why I slowed down and let Kesa take over.

“I am happy to have run alongside her because she is very challenging.”