Harlequins get the better of Bombers 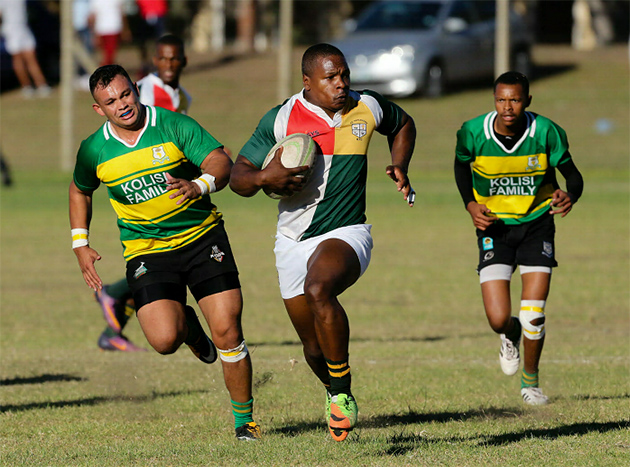 Harlequins player Ivan Kapara goes on a run during their Grand Challenge rugby match against African Bombers at the Adcock Stadium on Saturday
Image: Werner Hills

Harlequins won a tightly contested Grand Challenge rugby match at the Adcock Stadium when they defeated African Bombers 12-8 on Saturday.

In other matches, Nelson Mandela University put aside their disappointment of losing to Kruisfontein the previous weekend when they beat Park 22-15 at Londt Park.

Spring Rose outscored Born Fighters by 25-20 at the New Brighton Oval, while Kruisfontein had the better of Jeffreys Bay in their Kouga derby when they won 24-15.

SAPS were also on the winning side, defeating United Barbarians of Patensie 35-15.

Gardens continued their unbeaten streak against Brumbies with a 58-23 victory.

Progress obliterated Suburban by 16 tries to one in a lopsided scoreline of 100-7.