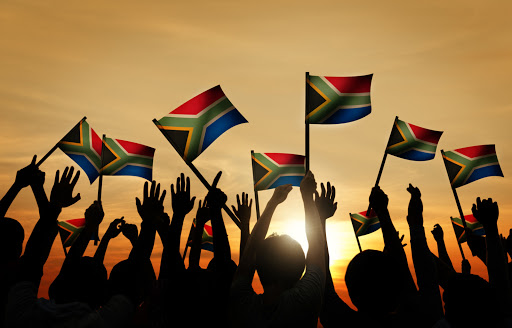 From a historical perspective, the outcome of this week’s local government elections is unsurprising because it follows a pattern prevalent in all post-liberation countries.

The parties of liberation tend to behave and perform much like SA’s — start with egalitarian promise and end with self-serving elites.

In this respect, the decline and growth of political formations offering various forms of nirvana were to be expected.

In other parts of the world, the consequences of decline in electoral support have led to states of emergency, coups, counter coups, and dictatorships.

What should be of concern though, is the extent to which race, and apartheid’s spatial structure still inform voting patterns.

Each municipal ward has at least two voting districts.

In these voting districts the results are black and white — quite literally.

Voting patterns in those districts that were previously categorised as white group areas show that most of the votes went mainly to parties which are perceived to represent white interests.

The opposite is evident in townships and informal settlements close to former white areas.

Therefore, even in voting districts which have informal settlements but are part of wards in former white areas, the votes were split between them.

Patterns in former coloured and Indian group areas show the same prejudices which informed their position in apartheid SA.

This is an indication of a divided society which no political party has addressed at the municipal scale.

The combined consequences of implausible macroeconomic policies, the inability to implement programmes which might have mitigated against those policies and incompetent municipal administrations do not seem to have galvanised voters into identifying common issues around which to rally and thereby enable nonracial political formations.

Instead of providing coherent suggestions on how they will use their elected positions to improve matters, political leaders seem to have preyed on divisions during the recent elections.

For example, a leader said the poor in Cape Town lived much better lives than the poor elsewhere in SA.

This appalling statement is reminiscent of one made by an apartheid-era prime minister who said that blacks in SA were better off than their counterparts elsewhere in Africa.

There was also the denial by white men of the triple of oppression of being a poor black woman.

These public expressions of insolence are an indication of how little progress has been made in forging a national identity through which issues such as race and poverty ought to be addressed.

The recent elections have exposed some major fault lines.

Third, candidates were willing to liberally use race, religion, and poverty to advance their own interests.

These are the consequences of nation-building being ignored.

With almost 60 hung councils, including most of the metropolitan ones, the majority of South Africans are to be governed through coalitions.

Analysts have described this as an indication that voters are generally disenchanted with those who represent them.

The experience over the last five years shows that municipalities which were governed through coalitions of self-interest rather than the coalescing of public service interests were unstable and basic service delivery declined even further.

This decline in support for the major parties and the rise of individuals representing themselves in municipal councils presents several scenarios.

The first scenario is the continuation of unstable coalitions and retention of the status quo.

The consequence of this will be a state of entropy where disorder and decline, having already started, accelerate rapidly over time.

In this scenario, the future will be catastrophic.

Second, to have unstable minority municipal governments where self-interest continues to inform decision-making would also worsen the present situation.

A third scenario is to be counterintuitive and accept that no single party now represents most voters and that the will of the people is to form governments of local unity.

Governments of local unity are guided by binding agreements on common programmes based on five principles.

The first principle is to accept that municipalities must focus on social cohesion as the basis of social, spatial, and economic changes because nation building starts in each ward in a municipality.

The second principle is to accept that basic service delivery and infrastructure are human rights which cannot be tools for political advancement.

Third, the removal of corrupt, incompetent, and lazy officials.

Co-operation agreements are binding contracts to which councillors commit and report back on through public engagements such as IDP and budget consultations.

Binding contracts include deadlock-breaking mechanisms such as mediation, arbitration, and consequences for maverick behaviour.

Co-operation agreements need to be premised on the understanding that while a lot can be achieved in five years, in reality, at least 10 years are required to effect lasting social change.

Election cycle-focused governance needs to be tempered with the knowledge that fundamental change will happen over several cycles.

Co-operative local government predicated on social cohesion will lead to different voting patterns in wards and perhaps result in poverty and race classification being footnotes of SA’s history.

Ashraf Adam  is CEO of the Mandela Bay Development Agency