What happened to Cyril’s dream? 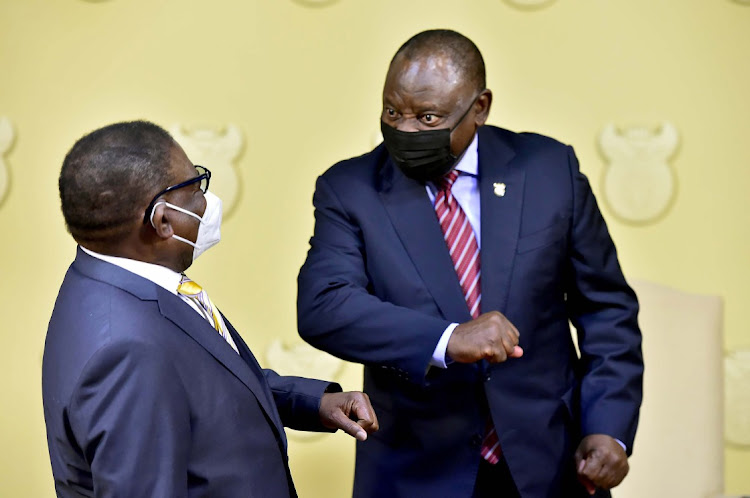 Cyril Ramaphosa had a dream.

In his dream, he would transform the broken SA government into a lean, mean machine where the bloated cabinet and massive state machinery introduced by  former president Jacob Zuma would be trimmed to the bone.

His new dream team would be made up of the ANC’s most noble cadres, those untouched by the many grubby scandals of the Zuma years.

They have. Ramaphosa, three years after he rose to power, last week took the state’s entire intelligence capability into the presidency, bloating his office, while his cabinet was enlarged from 28 to 29 portfolios. The deputy ministers whose job descriptions are as blank as a new printer page increased from 32 to 33.

The president announced a cabinet whose “smallernyana” skeletons are being dredged up by all and sundry. He is having to explain how Dr Sibongiseni Maxwell Dhlomo, the new deputy minister of health, can be appointed to his new position after he notoriously failed to offer cancer treatment during his tenure as health MEC in KwaZulu-Natal. Some argue the man totally collapsed the KZN public health system.

New finance minister Enoch Godongwana has found himself being reminded of his departure from the deputy ministry of public enterprises   back in 2012, after he allegedly walked away with millions belonging to a trade union pension fund.

SA Clothing and Textile Workers’ Union general secretary Andre Kriel said at the weekend that Godongwana had paid back all the money he owed, but that stink will hang around for a while.

What Ramaphosa was imbibing or smoking or being advised when he appointed Zoleka Capa to the deputy ministry of agriculture is anyone’s guess. This is a person who, while she was mayor of the OR Tambo district municipality, notoriously gifted Zuma with cows meant for the poor. She didn’t stop there — she took some for herself. To this day the region is still working to recover from her tenure.

Just visit Mthatha, with rubbish piled high and broken infrastructure everywhere, to see the work of the ANC in that municipality since 1994. The ANC has destroyed not just Mthatha, but many other small towns and the infrastructure around them in that region.

There are so many scandals around Capa that considering them makes you wonder about Ramaphosa’s commitment to clean governance. Commentator Redi Tlhabi pointed out on Twitter that Capa allegedly paid R55m on behalf of the OR Tambo District Municipality to buy five farms in KwaZulu-Natal managed by the Ntinga Development Agency — an agency headed by her husband!

Capa is 69, has been a disaster in every job she has been given and is now elevated by Ramaphosa. He might as well have given the position to a convicted felon.

What happened to Ramaphosa’s dream of clean governance, lean and capable bureaucracy? For three years Ramaphosa’s team has told us that he has commissioned a study into restructuring the bureaucracy into a smaller entity — smaller cabinet, smaller civil service, more agile government.

He started well enough in 2019, when he reduced his cabinet from Zuma’s 36 ministers to just 28 ministers. Then he waited, and waited and waited.

What happens to a dream deferred? This was the question asked by Langston Hughes decades ago. Well, Ramaphosa’s dream was deferred again and again, and it finally exploded with the insurrection in July, which forced him to make changes that he may not have been ready to do.

Why did it take so long to fire the corrupt Zweli Mkhize from the health ministry? Why did we have to have Mmaloko Kubayi-Ngubane acting as health minister when Joe Phaahla should have been promoted immediately?

Why did Ramaphosa wait for seven months before appointing Mondli Gungubele as minister in the presidency? Why hasn’t he appointed a permanent spokesperson after more than a year since his spokesperson’s suspension?

Ramaphosa acts only in defence and not take bold, direct action in pursuit of his dreams. It almost seems like he has no vision or plan of his own.

The tragedy of last week’s cabinet reshuffle is that it is not part of Ramaphosa’s renewal programme. Instead, it is a response to events. The RET faction instigated the riots in July and that is why he has taken intelligence into the presidency and instituted other changes. What he did last week was forced on him.

It is time we saw Ramaphosa implement his own vision and his own plan, not respond to the Zuma-RET faction. Otherwise many will continue to see him as a puppet, a man responding to provocations from Zuma.