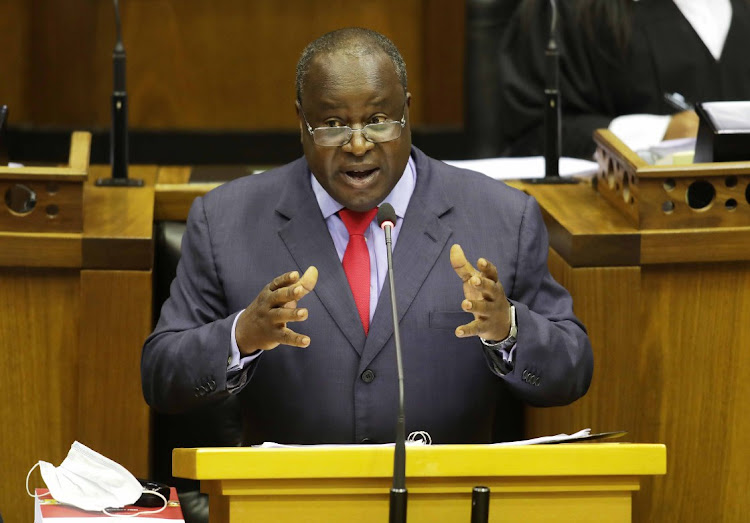 There is no doubt Tito Mboweni’s speech pushed all the right buttons as far as the financial and capital markets are concerned.

Most mainstream economists regarded the budget as positive and a complete deviation from previous negative and incoherent pronouncements.

Mboweni’s steadfastness seems to be winning in the cabinet.

He allocated R3bn for the next three years for improved tax collection.

Perfecting revenue collection is the right thing to do if he is ever going to collect sufficient money to reduce our runaway debt.

He also, in a small measure, did something to encourage entrepreneurs to invest in growing their businesses by reducing corporate income tax.

These steps go straight to the essence of putting the economy on a growth trajectory.

As expected, the ultra-leftists shouted “neo-liberal and austerity measures” as they poured cold water on the budget.

The governing party’s allies did not like that the minister did not fiddle with income tax and his intention of reducing government spending, especially the public salary bill.

The ultra-leftists and radical feudal lords have never supported a single budget proposition since their ascendancy into the ANC levers of power.

Being an election year, the ruling party allies are going to strive to reverse this budget.

While many observers praised the budget, they were equally doubtful about the government’s ability to implement it.

Also sounding totally implausible is the talk of 3.3% growth for the 2021 financial year.

This positive assessment is premised on the current strong demand and higher prices of our export raw materials in 2020.

The other sectors of the economy shrank dramatically.

According to the government’s own estimation, the economy shrank 7% in 2020 as a consequence of the Covid-19 pandemic.

The forecast of 3.3% is not plausible given that the economy was already in a deep technical recession by the government’s own admission.

Surely the accumulated losses caused by the effect of 13 years of economic fumbling are not going to be reversed by the pandemic’s possible retreat, even if we overcome it in the next three months.

The delayed effect of years of economic mismanagement, corruption and hollowing out of the critical institutions of political, social and economic stability is going to linger for some time.

Uppermost in Mboweni’s mind was our spiralling national debt (89% of GDP by 2024 — government estimate).

He wants it to be tackled as a matter of extreme urgency.

As an economic development graduate, he knows how quickly a bankrupt state degenerates into a failed state.

In most cases, it leads to the disintegration of nation states.

Mboweni is well aware that debt is one of the most demoralising things in life for both individual and state.

A nation that cannot control or service its debt is definitely doomed in the medium  to long term.

Mboweni is, fortunately, providing that, under difficult circumstances.

Cyril Ramaphosa’s government will be judged by its ability to grow the economy, raise revenue and by how much it can reduce the debt burden for coming generations.

A leader who is non-partisan but acts in the best interests of the country will be able to make our economy grow efficiently and with stability.

National debt can only be whittled away by growing revenues, a competitive edge in productivity and optimal use of the nation’s factors of production (labour, capital, land and entrepreneurship).

A prudent leadership strives to empower and to enhance these factors of production to act optimally to grow a country out of debt.

Public wages, if not contained, especially in a shrinking economy, will certainly lead in the medium to long term to uncontrollable inflation.

Hyperinflation scares all investors, both domestic and foreign.

High inflation is the biggest cause of capital flight.

In today’s world, there is no such thing as “domestic capital”.

Even people with scarce and essential skills know no borders.

Once a country is bankrupt, as will certainly be the case once it is drowning in debt, its most skilled workers will put themselves on the global market.

This explains why you find educated Zimbabweans driving trucks in SA and educated Ethiopians and Eritreans working as taxi drivers in New York and other Western capitals.

SA can be extricated from the looming economic disaster it finds itself in.

SA needs single-minded leadership with a zeal to move the country forward.

Leaders who seek to please everyone, and seek endless impractical consensus, are the ones who will not cut it.

Mboweni, on the other hand, has shown solid leadership resolve in tackling our economic problems.