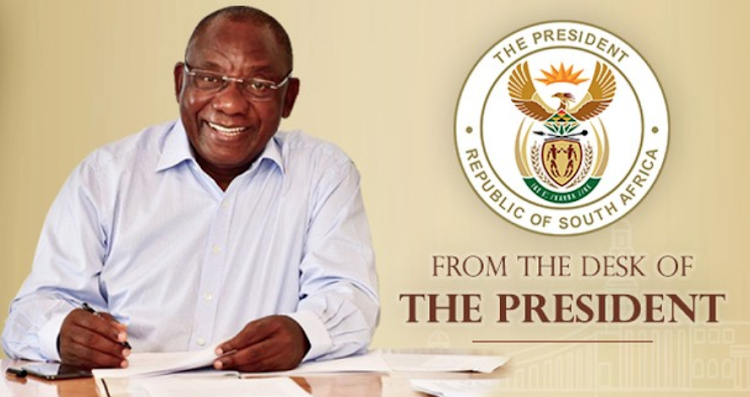 FELLOW SOUTH AFRICANS: President Cyril Ramaphosa has a plan to tackle the transport problems many citizens have in getting to work safely and on time.
Image: SUPPLIED

Every day, in every part of the country, millions of our citizens use taxis, buses or trains to get to work, go to school, transport goods or go to centres where they shop, visit clinics or get social support.

According to 2015 figures, about two-thirds of households who use public transport travel by minibus taxi. A quarter travel by bus and 10% by train.

In a country where the vast majority do not have access to private cars, the provision of efficient, reliable, safe and affordable public transport is critical to our people’s everyday lives.

Unfortunately, public transport continues to be plagued by challenges; some are the legacy of apartheid development, but many are contemporary and persistent.

Two events last week drew into sharp focus the reality that for far too many citizens, using public transport is dangerous and can even be deadly.

Last Wednesday, 16 people were killed when a minibus taxi collided with a truck between Melmoth and Ulundi in KwaZulu-Natal.

A day later, commuters had to flee for their lives on a busy highway in Johannesburg when a passenger in a minibus taxi opened fire on the driver, killing him and causing the vehicle to lose control. Fortunately, none of the other passengers was injured.

Many of our people’s experiences with public transport are not positive. Those reliant on trains have to contend with daily delays, disruptions and prolonged closures of essential lines. Furthermore, rail infrastructure in most cities only covers older parts of cities and has not kept up with new city development.

Unroadworthy vehicles, unsafe driving, speeding, overloading and other practices are persistent problems in the taxi industry. Many people fall victim to crime on trains, taxis and buses.

With many people living far from places of work, transport is very expensive for low-income households. A report by Stats SA found that more than two-thirds of households with the lowest income spend more than 20% of their monthly household income on public transport. The survey found that transportation by taxis to be the most expensive mode of public transport, followed by trains and buses.

Since taxis are the primary means of public transit for people across all provinces, we are giving urgent attention to the problems in the industry.

This week, we are convening a national taxi lekgotla to chart the course towards a more efficient sector. This platform brings together government, civil society and industry stakeholders and comes on the back of provincial makgotla that have taken place in most provinces.

The lekgotla will seek common ground on existing business models, safety and compliance, broader economic empowerment of operators and the issue of subsidies for taxis. It will also look at how to end the conflict and violence that continues to plague the industry because of competition on routes.

Most importantly, it must emerge with a blueprint for a formalised industry that plays a meaningful role in the mainstream economy and is effectively regulated.

The taxi industry can and must play an important role in government’s ultimate objective of improving the daily experiences of commuters through the establishment of integrated rapid transport service networks in metros, cities, towns and rural districts.

When public transport is unsafe, unreliable and costly, it also affects economic activity. Given that about four in 10 workers use public transport to reach their workplaces, these challenges have knock-on effects on productivity, labour relations and business functioning.

As part of the programme to build a new economy, we are working with all stakeholders to improve the state of public transport. This is necessary if we are to expand manufacturing, increase local production, stimulate small business activity and create more job opportunities.

Simply put, we cannot achieve the economic growth and recovery we aspire towards if people cannot get to work on time and safely.

That is why we are going to invest in transport infrastructure systems that will carry people safely and in a manner that will contribute to economic growth.

The economic reconstruction and recovery plan which I announced earlier this month acknowledges that improving transport infrastructure is central to economic growth and expanding industrial activity.

As part of our plan, we have embarked on projects to modernise and refurbish commuter rail networks alongside the expansion of road rehabilitation and maintenance programmes.

Upgraded transportation infrastructure coupled with improved public transport is a key driver of economic activity. Similarly, resolving the challenges facing a sector as important as the taxi industry is an important step towards transforming the public transport landscape.

A formalised, well-managed, better regulated minibus taxi system is in the best interests of not just those who use taxis daily. It is also in the interest of the development and progress of the entire society.