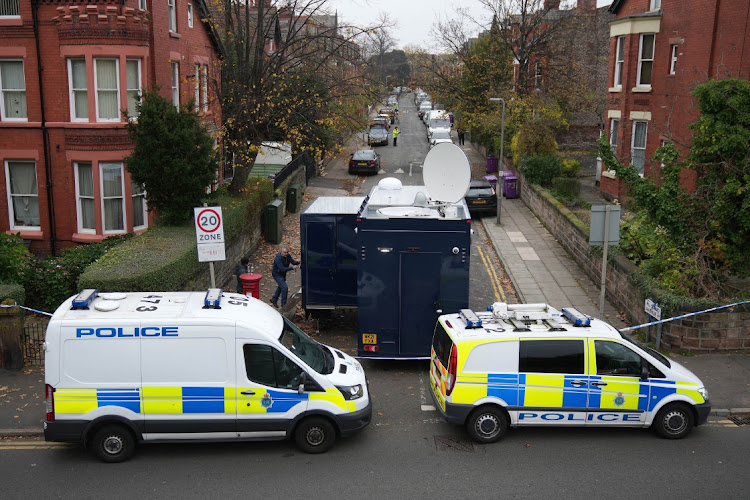 Police cars block the road as a control centre is set up in Rutland Avenue after properties were raided by armed officers yesterday on November 15, 2021 in Liverpool, England.
Image: Christopher Furlong/Getty Images

An explosive device that blew up a taxi in the northern English city of Liverpool on Sunday was carried on board by a passenger, who was killed by the explosion, police said on Monday.

Police said they believed they knew the identity of the passenger but could not disclose it. Police declared the blast to be a “terrorist incident” and said the motivation was unclear.

“Although the motivation for this incident is yet to be understood, given all the circumstances, it has been declared a terrorist incident and counterterrorism policing are continuing with the investigation,” said Russ Jackson of counter-terrorism police.