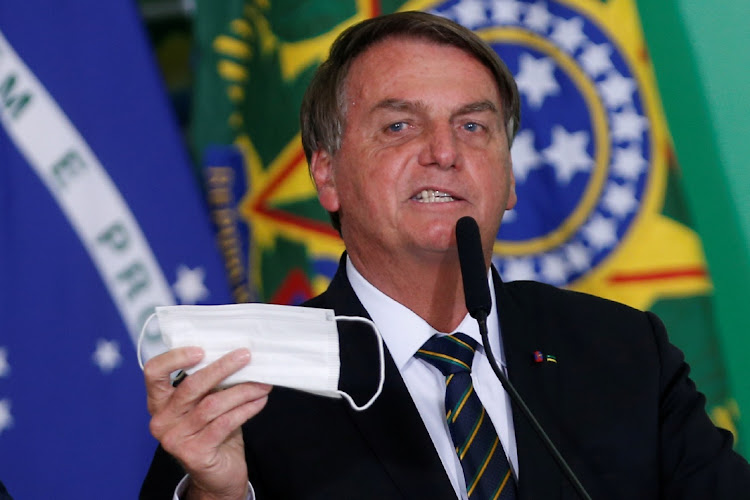 Brazil President Jair Bolsonaro said on Thursday that the health minister was preparing a measure to no longer require face masks for people who have been vaccinated for the coronavirus or previously infected.

Bolsonaro, who has opposed lockdowns and social distancing despite his country having the second-deadliest coronavirus outbreak, said in a speech that quarantines should be only for infected people.

Health Minister Marcelo Queiroga said Bolsonaro has asked him for a study on the use of masks in Brazil.

The minister, however, testified this week before a Senate commission of inquiry that masks should be used to prevent transmission. He also contradicted Bolsonaro on the use of hydroxychloroquine, saying there was no evidence the anti-malaria drug is effective in treating Covid-19 patients.

On a weekly webcast to his supporters, Bolsonaro defended the use of chloroquine and said it had helped reduce Covid-19 deaths in Brazil, which he maintained have been over-reported by including fatalities caused by other illnesses.

More than 480,000 Brazilians have died from Covid-19, the second worst death toll outside the US.

Meanwhile, Brazil's vaccination program has been slow to get off the ground and the Senate inquiry is investigating whether Bolsonaro, a vaccine sceptic, deliberately delayed securing timely supplies.

Only 23.6% of Brazil's population has received a first dose and just 10.2% have been fully vaccinated with two doses, according to health ministry data.