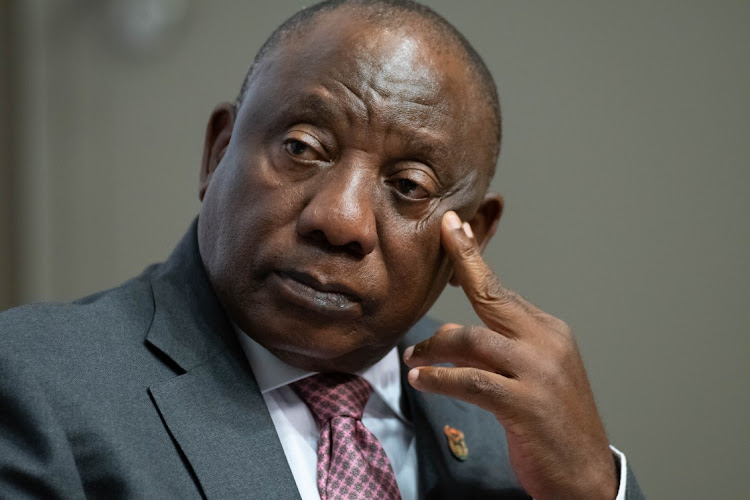 In Thursday’s debate in parliament on the president’s budget vote speech, Mbhele focused on the poor prospects for SA’s young people. He said the presidency budget vote was taking place exactly a week before the country commemorated Youth Day on June 16.

“But instead of finding ourselves as a country in a situation where we should be celebrating the dreams of our young people coming true, we are tragically faced with a gloomy future which too many young people are confronting,” he said.

“ Most of our young people are suffering. It is the majority of our youth who are excluded. It is they who need a voice in this debate with their issues, needs and concerns sitting front and centre because the reality they and their families are facing is that of stagnant economic growth, job creation in reverse gear and shrinking opportunities and wallets,” said Mbhele.

He spoke about how, during the lockdown, Ramaphosa’s addresses to the nation which were carried live on TV were referred to as “family meetings”.

He said this implied the president was the father of the nation, and was briefing the family on the plans and state of affairs in the home.

“If you are indeed the father of the nation, then in the bigger scheme, regrettably, the phrase that comes to mind is ‘deadbeat dad’,” said Mbhele.

He said this was because children of the family were hungry, malnourished and not getting the quality education they need to build a brighter future.

Mbhele diagnosed the ANC government suffering from what he called “political schizophrenia”, a condition which he claimed had been displayed by ANC speakers,  including during Thursday’s debate.

He described as a breakdown between thoughts, emotions and behaviour leading to a faulty perception, inappropriate action and withdrawal from reality into fantasy and delusion.

The manner in which the political schizophrenia of the ANC manifests is two-fold as it separates economic, social and government challenges from the fact that the ANC, as governing party in all three spheres of government, has the agency, power and means to address those challenges.

“But it speaks about those issues as existing somewhere out there,” said Mbhele.

The second manifestation of this political schizophrenia was that the ANC confuses intention for action, and optimism and enthusiasm for good policy and political will.

The ANC believes that through the declaration of sentiment, pronunciation of plans and sheer determination and force of will, government performance will magically improve and results will be achieved through a spontaneous alignment of the stars, he said.

“Just because you say something is happening does not mean it actually is happening. For instance, the building of a capable state, it is the intention, you wish for it to happen. You say it is happening but the reality out there says the opposite,” he said when addressing Ramaphosa.