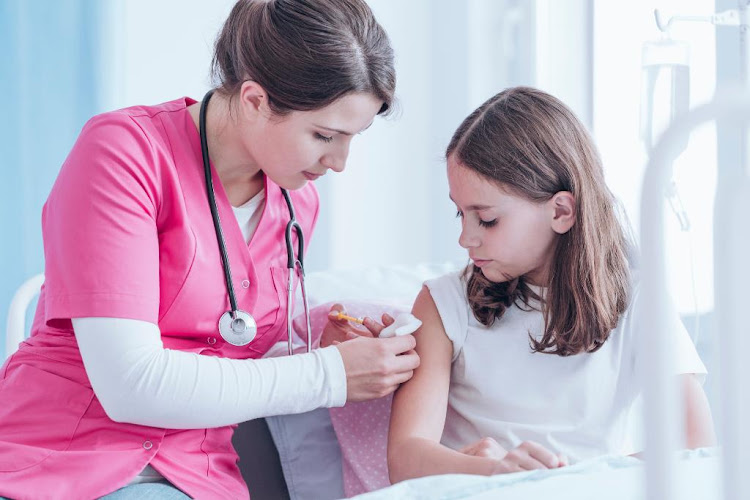 South Africa can administer 300,000 vaccinations a day but few people are taking up the free service that could save their lives. File Photo.
Image: 123RF/Katarzyna Białasiewicz

Phaahla said the government was facing a challenge when it came to attracting more people to get a jab.

“We want to balance on the one hand opening up society, opening up social activity, opening up business and at the same time encouraging people to vaccinate. That’s why our approach is not going to be a reckless one in terms of opening up,” he said on Wednesday.

Phaahla was answering MPs’ questions in the National Assembly.

He said there would be no contradiction in terms of those companies which in protection of their own workforce, have developed policies which say “in this institution, the workers need to be vaccinated or otherwise provide reasons why not”.

“This will hopefully make sure that more and more people get vaccinated,” he said.

EFF MP Mathapelo Siwisa had asked whether the government was relying on any scientific information around ending all Covid-19 restrictions. and whether this would not further endanger society when new variants of the virus were found.

“If we are able to reach that 70% of coverage of all adults and of people between 12 and 17 who are also eligible, there would be fewer variants because fewer people would be transmitting the virus,” said Phaahla.

“So we will be able to open up even more activities and even drop some of the current protections because then a bigger portion of the population would be protected,” he added.

“So, this is not either or. We want to keep on encouraging people to vaccinate.”

Earlier the minister said SA’s vaccination programme was able to administer up to 300,000 vaccinations a day and there was adequate stock to reach the target of 70% of the adult population and beyond.

“At the moment while we are just approaching 50% of at least one dose for all adults, we still have more than 20-million doses of both the Johnson & Johnson and the Pfizer vaccine combined.

“The challenge we face is to attract more South Africans to come forward to receive their jabs so that they can all be protected,” he said.

With the fourth wave not having been severe, with fewer admissions and fewer deaths, Phaahla said some people felt they were safe.

But scientists and experts have warned of a possible fifth wave in the about eight to 10 weeks as SA moves closer to winter.

“I want to alert South Africans that it’s not yet over,” he said.