How far is SA from reaching its initial 'herd immunity' goal? 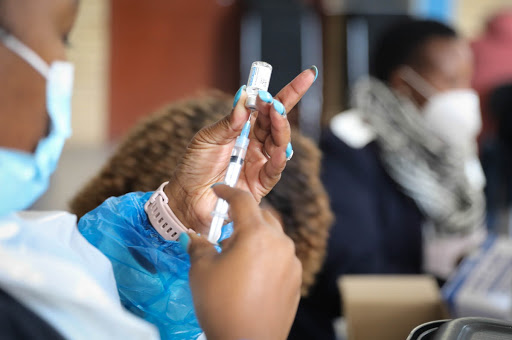 Health minister Joe Phaahla says the government is still aiming for a 70% vaccination target, which would allow it to further ease restrictions.

At the start of the vaccine rollout, the government set a target to jab 40-million people, or 67% of the population, to reach the point where enough people are immune to the coronavirus to prevent it spreading unchecked.

Phaahla, who was briefing the media at the weekend, said the number of fully vaccinated individuals currently stands at about 17-million, or about 43%.

“If we were to reach 70% coverage, this will make us able to open up a lot more activities and reduce the need for a lot of the health measures.

“The biggest drawback is the young population between 18 and 34 years of age. We need at least five million more of this age group vaccinated so that they can boost their coverage to at least 60%, which will also push the national coverage closer to at least 60%.”

Wits University professor Shabir Madhi said reaching herd immunity is “extremely unlikely” and that focus should rather be on getting the jab to prevent severe illness and death.

“We need to stop talking about herd immunity because it’s not going to materialise with Covid-19. That is not the reason we are vaccinating. To achieve herd immunity, about 85% of the population would need to develop immunity against infection, not against severe disease, and that is extremely unlikely.”

Last month, the health department made changes to the vaccination campaign, shortening the waiting time for second doses and booster shots.

Individuals who are fully vaccinated with the Pfizer vaccine, meaning they have received both doses, are eligible for a booster of the same vaccine or a booster dose of the J&J vaccine shot 90 days after the second dose instead of the current 180 days.

“This is called a heterologous booster dose, meaning booster doses of a different vaccine to that which was administered as the primary dose,” said the department.

“The decision regarding which vaccine to administer as a booster should be guided by vaccine availability. Thus, if both vaccines are available at a vaccination site, homologous boosting should be preferred, unless the patient requests to receive a heterologous or different booster dose, or has a history of experiencing an adverse event after immunisation.”