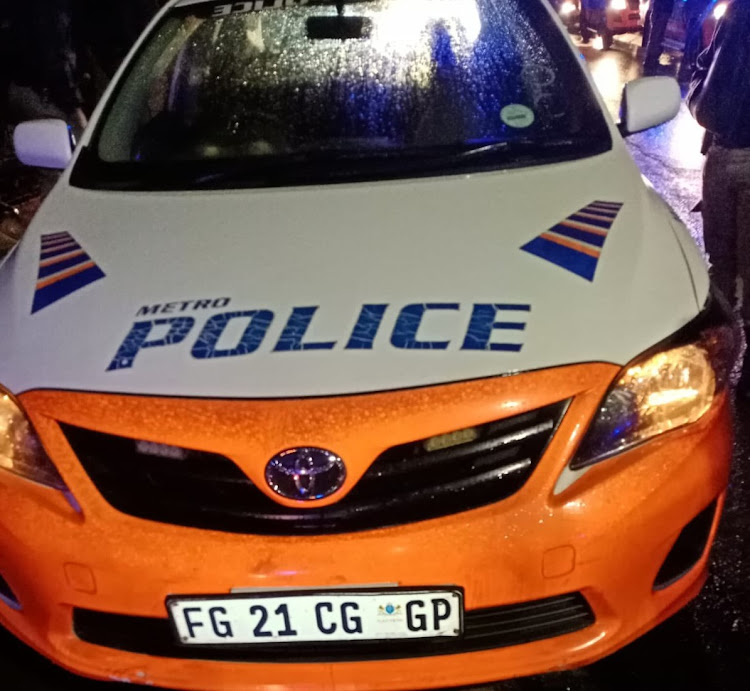 JMPD said the incident happened when three officers stopped to investigate a complaint about a tent erected in the middle of a road.
Image: Supplied

Johannesburg’s metro police department (JMPD) has launched an internal investigation after thieves allegedly stole a marked patrol car from under the noses of officers in Soweto.

JMPD spokesperson Wayne Minnaar said the incident happened in Senaoane on Sunday evening when three officers stopped to investigate a complaint about a tent being erected in the middle of a road.

Minnaar said when officers exited the vehicle the suspects jumped inside and drove off.

He said the vehicle was later found abandoned in Chiawelo.

“The right front and rear wheels were damaged as well as the front bumper,” he said.

A case of theft and vandalism was opened at Moroka police station.