Ramaphosa considers Khehla Sitole's representations on notice to suspend him 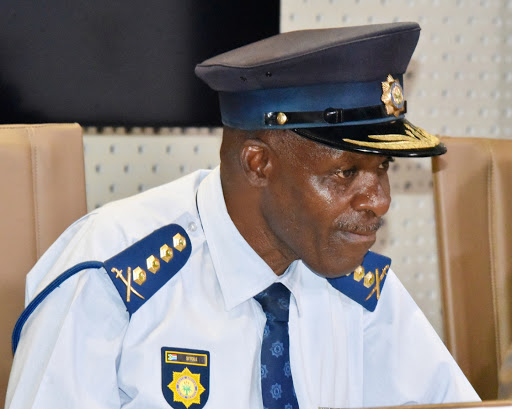 President Cyril Ramaphosa invited the national police commissioner Gen Khehla Sitole to make representations on a notice to suspend him, the presidency said on Thursday.

Acting presidency spokesperson Tyrone Seale explained that Ramaphosa wrote to Sitole on September 20 in connection with allegations of his failure to assist the Independent Police Investigative Directorate (Ipid). Sitole responded with his representations, which were being considered by Ramaphosa.

“The allegations emerged publicly and became the subject of a finding by judge Dennis Davis in the Pretoria high court,” he said.

Seale said Ramaphosa has indicated to Sitole that the issues arising from the high court judgment are serious.

“The president has, in terms of section 9 of the SA Police Service Act of 1995, read with section 8 of the same act, deemed it appropriate to institute a board of inquiry into the national commissioner’s alleged misconduct and fitness to hold the office of national commissioner of police.”

This, said Seale, is merited by the public interest in the integrity of the office of the national commissioner.

“The president outlined this context in his letter to Gen Sitole and gave the commissioner 14 days to respond. The commissioner has since submitted representations in this regard.”

Seale said while Ramaphosa considers these representations, further engagement on the matter will be between the two parties.

TimesLIVE reported on Wednesday that Ramaphosa had sent Sitole a notice of intention to suspend him.

The move was welcomed by the Independent Policing Union of SA (Ipusa), who said the suspension of Sitole would be justified as the SA Police Service has not performed under his leadership.

“While the suspension or dismissal of any employee should never give room for one to score any points, as Ipusa, after carefully watching with shame the demise of SAPS, we regrettably welcome the intended suspension of the national police commissioner Mr Khehla Sitole,” the union said in a statement.