Patensie man to appear in court on drug charges 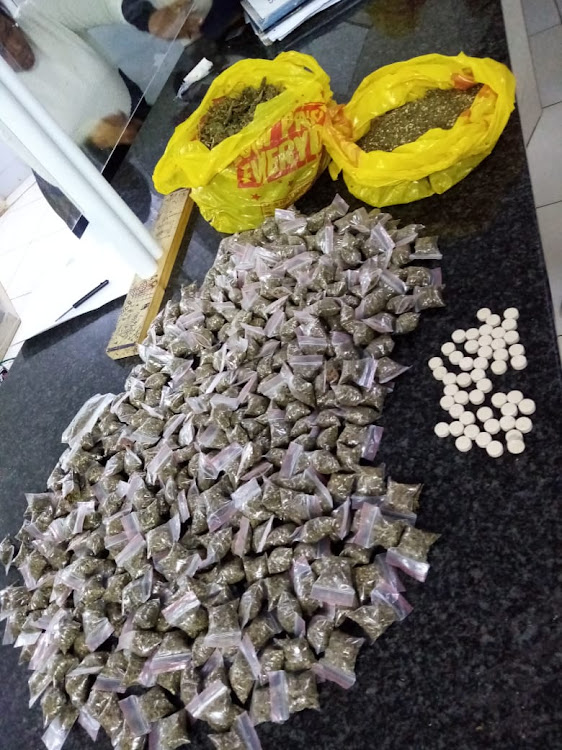 DRUGS SEIZED: A 22-year-old man is in custody after drugs worth about R22,000 were seized from a house in Patensie in the Eastern Cape
Image: Supplied

A 22-year-old man was arrested in Patensie on Monday for the possession of drugs with a street value of more than R22,000.

A sergeant and a constable of the local police station had acted on information about drugs at a house in Ramaphosa village in Patensie.

During a search of the informal dwelling, Mandrax tablets, bankies of tik, bankies of dagga and two bags of loose dagga were seized.

The suspect, who was allegedly in SA illegally, was arrested and is expected to appear in the town’s magistrate’s court later this week.

He faces charges of possession of drugs.

“Your contribution to getting drugs off the streets is noted with appreciation. Your actions have both directly and indirectly impacted on the community,” he told them.

“Drugs affect families and are one of the great contributors to crime.

“May your actions proliferate to other areas of the district, so that we get rid of criminal elements who threaten our moral fibre.”