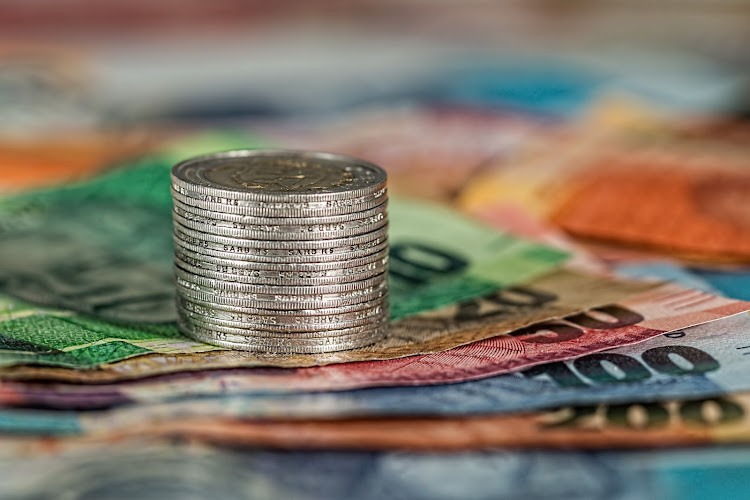 The rand fell as much as 1% against the dollar at one stage after Eskom’s comments
Image: www.pixabay.com

SA was hit by power cuts on Wednesday after a number of Eskom generating units broke down, highlighting the challenge facing President Cyril Ramaphosa in rescuing the state power firm.

After almost seven months without power cuts, Eskom implemented stage 2 load-shedding in a bid to protect the system from total collapse.

Stage 2 requires that Eskom cuts 2,000 megawatts of power  on a rotational basis across the country.

The rand fell as much as 1% against the dollar at one stage after Eskom’s comments, which will put more pressure on the country’s weak economy ahead of a review by Moody’s, the last of the big three credit ratings agencies to have an investment grade rating on SA.

Eskom produces more than 90% of SA’s electricity but has been hobbled by technical faults at its fleet of mainly coal-fired power stations.

Eskom has warned that stage 2 load-shedding is likely to continue for a week.

The return of load-shedding comes as Ramaphosa is at pains to reassure potential investors of SA’s growth prospects.

It also coincided with a cabinet meeting on Wednesday that was expected to deliberate on the Integrated Resource Plan (IRP) — the government’s long-term planning strategy to meet electricity demand.

Among the items on the agenda are possibly a paper detailing the government’s approach to turning around Eskom and the appointment of a new CEO for the embattled power utility.

Eskom COO Jan Oberholzer said system constraints resulted from multiple unplanned outages and other issues which had taken 10,500MW, or more than 20% of generation capacity, out of the system.

Six units are down due to boiler tube leaks, while a broken conveyor belt feeding coal to Medupi has also caused 1,500MW to be lost.

Those problems were compounded by the fact that supplies of water for its pumped storage and diesel for its open-cycle gas turbines had run low, the company said.

Oberholzer told state broadcaster SABC that the power system could be back to normal in a week’s time.

Intellidex capital markets research head Peter Attard Montalto said though there had been some stabilisation of Eskom, markets and business had overestimated the turnaround in operations as the system continued to run with effectively no safety margin and regular use of diesel-powered peaking plants.

Former Eskom adviser Mike Rossouw said the resumption of load-shedding was  an indication that Eskom managers were  not in control of the plants to the extent that they thought they were.

“People don’t realise how close we are to that edge,” he said.

According to experts, stage 2 load-shedding could cost the economy as much as R2bn a day.

In the first three months of 2019, frequent  load-shedding caused economic growth to contract by 3.1%.

Mike Schussler of economists.co.za has warned that if load-shedding persisted for more than a week, it would begin to drag SA back towards 0% growth for the year.

The power crunch has bolstered criticism of the government’s slow progress in resolving Eskom’s issues and further reforming the energy sector.

“It’s been a couple of years now, yet the much-talked-about Eskom nine-point plan has not delivered any visible improvements, except that coal stocks have been restored.”

“The market will continue to watch with apprehension as any problems at Eskom level are likely to translate into additional fiscal support from the government, which may add more pressure on Moody’s to take some negative rating action of sorts.”

Attard Montalto said he expected the hit to sentiment would be the larger consequence of this bout of load-shedding.

Schussler expected investment decisions would again be put on hold until there was more clarity.

— with Odwa Mjo and AFP