Shockingly, there were 736 murders committed by children.

The weekend contributes 60% of the murders (Friday to Sunday). If you include Monday, that figure goes to 70%.

"There is a very high number of people that are murdered by people they know," Cele commented.

“Why do people behave like they are coming from moon on weekends?” Cele asked. He said they are seeking help from experts, including sociologists, in a bid to find answers to this question.

Most people are severely assaulted by attackers using their bare hands, but there are also an astonishing 1,724 cases of boiling water and 128 acid attacks.
Image: SAPS

There are other crimes that go beyond policing, Cele signalled. Referring to the case in Mpumalanga where a mother killed her four children, he said, "It’s classified as murder but we are looking at getting a new code for that. Because police can’t police that."

All provinces have recorded increases when it comes to contact crimes.

Nyanga station in the Western Cape leads when it comes to trio crimes. But Gauteng has 19 stations featuring in the top 30.

A 23.1% decrease in cash-in-transit heists was recorded while a 1% increase was noted in aggravated robbery with 140,032 cases.

There were 47 farm murders in 41 incidents.

Looking at the weapons used in crimes, the SAPS data reveals that knives are most common (4,720), followed by unidentified sharp objects (1,552) while in 506 cases, a brick was used to attack the victim. Bottles, sticks, sjamboks and machetes were also used while in 68 cases, the weapon was fire/matches.

Among the causes of murders were domestic violence (1,115 cases) and mob justice/vigilantism (789).

Cele said the murder statistics that started being recorded since the start of the democratic dispensation were at around 31,000. It had been going down by 1,000 each financial year from then and even went down by 2,000 around 2010/11.

It started going up again around 2012.

“There were good practices that were dropped.”

He says as grim as the murder stat is for 2018/19, the increase in murder had been halved as compared to the previous financial year where murder had increased by 1300.

“We have halved the murder increase.”

Cele and Sitole said the crime statistics were vetted and declared official by SA's statistician-general. 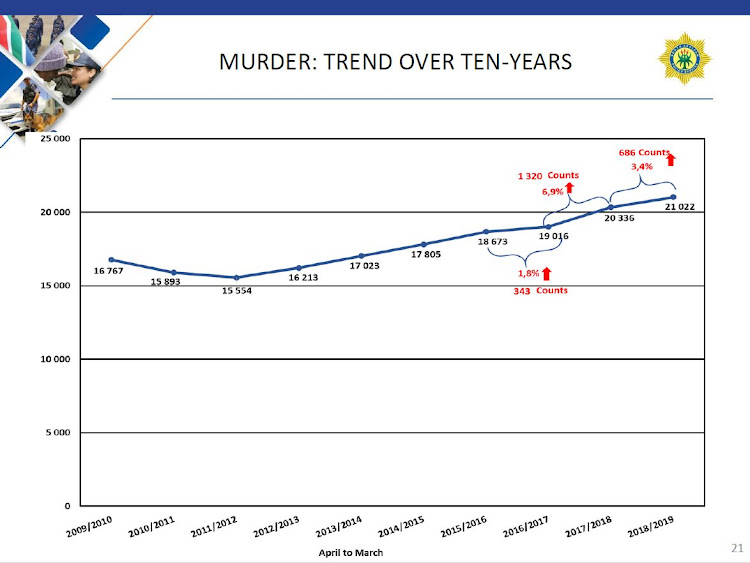 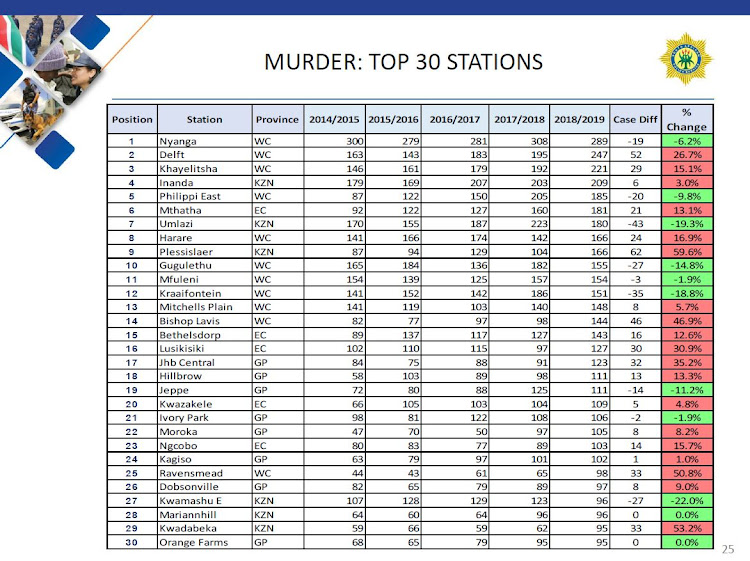 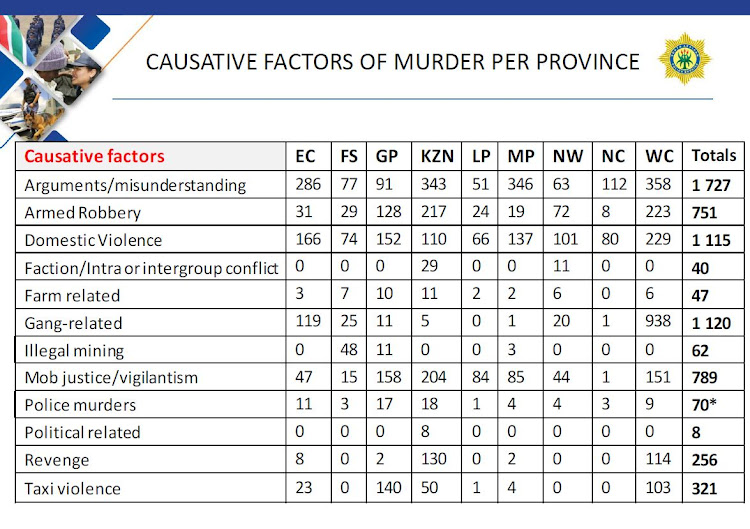 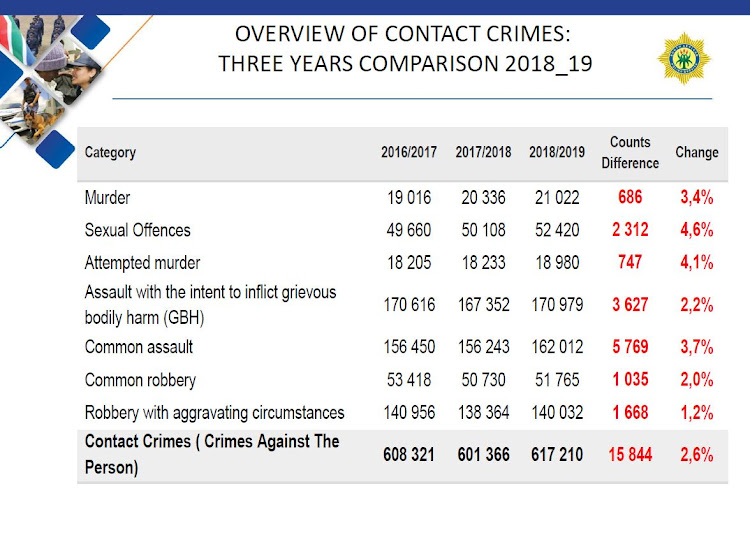 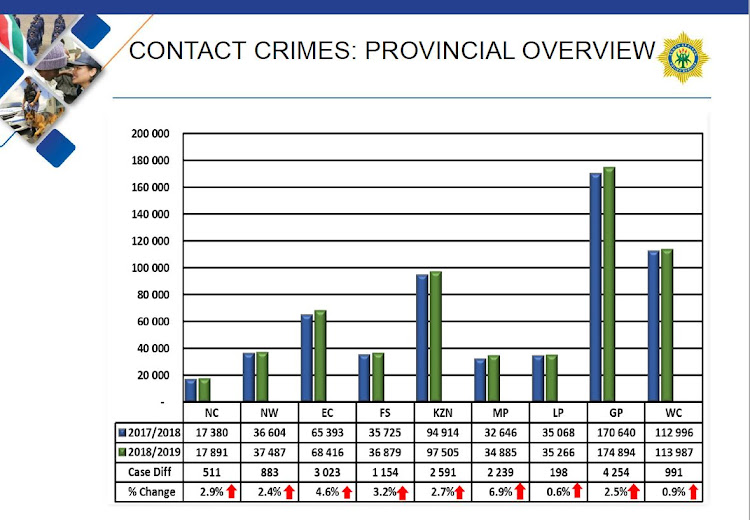 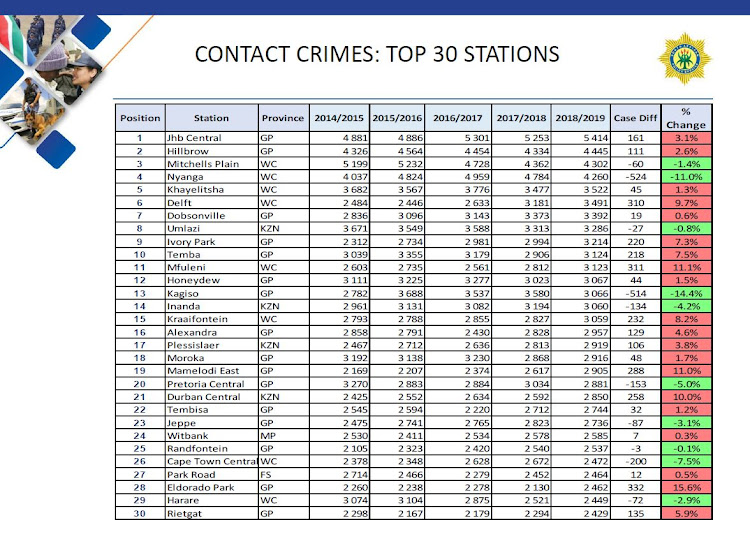