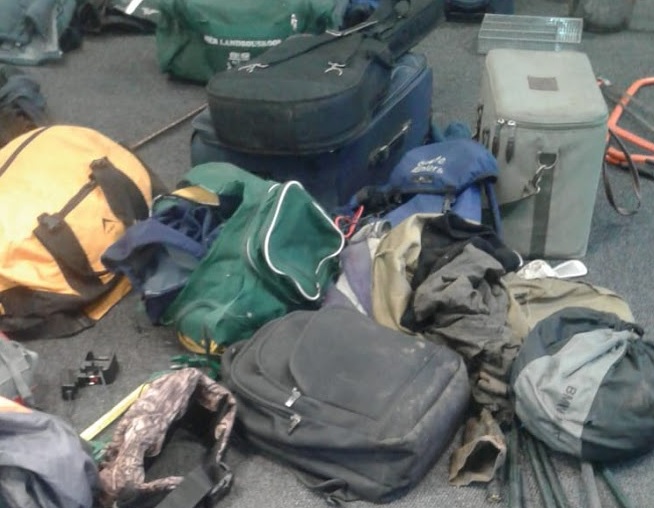 Several stolen items taken during the burglaries were recovered by police during the arrest
Image: Supplied

Seven burglars who allegedly broke into the same Kirkwood house four times over Easter weekend – and set it alight - have been arrested.

The gang was arrested on Tuesday morning after police managed to track them down to a house in the Aquapark informal settlement on the outskirts of Kirkwood.

Police suspect that some of the members of the group are linked to several other crimes in the area.

“It is alleged that the first incident occurred on Saturday when suspects forced their way into the house by damaging the garage door. The suspects fled with various household items.

“It is further alleged that the same suspects returned to the house on Monday morning and removed the sliding door before stealing several more items,” she said.

“On Monday evening four [of the] men entered the yard, but were caught by surprise when a private security officer chased after them.

"The suspects managed to flee from the premises without being arrested.” 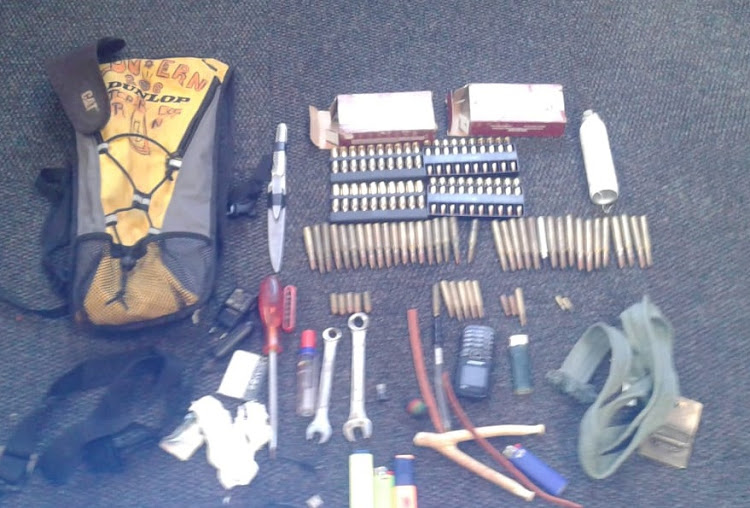 Ammunition and other items recovered at the suspects house during a police raid
Image: Supplied

Swart said the men allegedly returned on Tuesday and again removed the sliding door of the house to gain entry.

“They allegedly poured petrol over the furniture as well as the exterior walls of the house and set it alight,” she said.

“The security guard [who arrived] on the scene managed to put the fire out by using water from the swimming pool. The suspects managed to flee on foot,” she said.

Asked why the men targeted the house, Swart said evidence suggested it was a crime of opportunity.

“The owners were away and there is no other link that has yet been established.

“Why they went to that house multiple times and then tried to set it on fire remains unknown and is being investigated.”

Swart said a team of detectives investigating the case received a tip-off on the men’s whereabouts after the arson attack.

“They arrested seven men and retrieved several stolen items allegedly stolen during the burglaries,” she said.

“Detectives are working with forensic experts to obtain further evidence to link the suspects to even more charges.”

Acting Uitenhage Cluster Commander, Brigadier Ronald Koll thanked residents in the area for the tip-off that led to the arrest.

The men are due to appear in the Kirkwood Magistrate’s Court on Thursday on charges of burglary and theft, arson, illegal possession of ammunition as well as the possession of suspected stolen property.