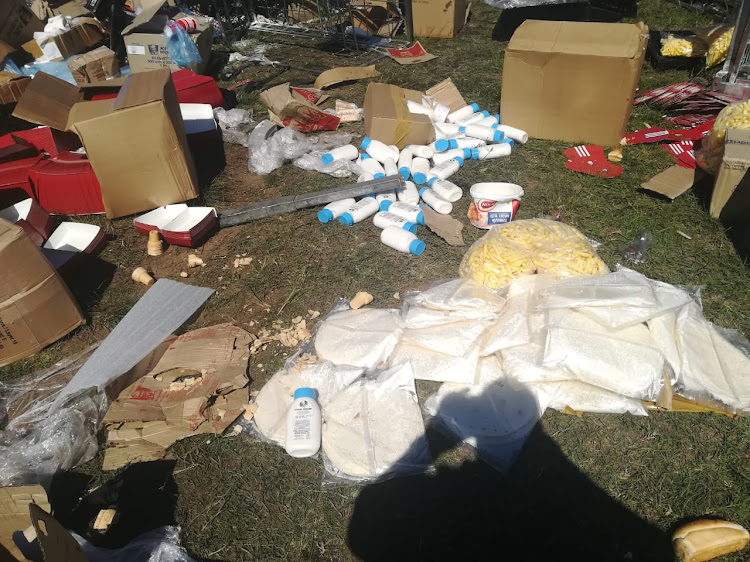 Contents of the truck were found alongside the road.

A hijacked truck transporting KFC chicken spices and products was found abandoned on the R72 near Kenton-on-Sea on Monday afternoon.

Police spokesperson Captain Mali Govender said the Port Alfred K9 unit found the truck after a tip-off about the hijacking near Fort Brown, on the outskirts of Makhanda.

"Members immediately drove towards Port Elizabeth and along the R72 they spotted the truck standing at the Kariega Bridge," she said.

The vehicle was abandoned and the contents of the truck emptied alongside the road.

"The truck was on its way to deliver goods when it was hijacked.

"Both the driver and his passenger allege they were transported separately to Port Elizabeth," she said.

Govender said some of the goods and equipment stolen from the truck was recovered on a farm along the Salem Road near Makhanda.

No-one was injured in the hijacking and the value of the stolen items was not immediately known.