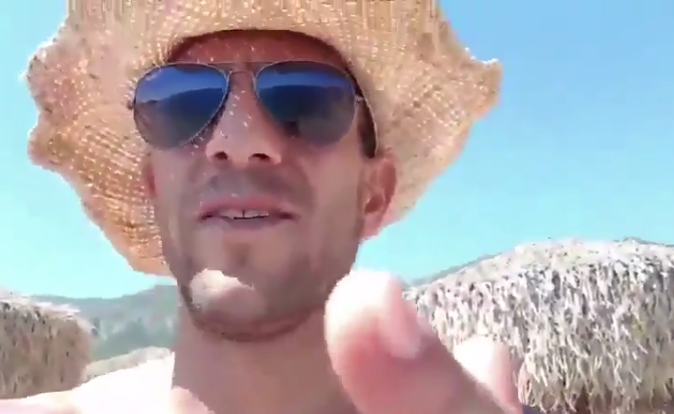 The conduct of Adam Catzavelos‚ who used the k-word in a video that went viral on Tuesday‚ has attracted the ire of political parties.

The Economic Freedom Fighters in Gauteng said it would be opening a criminal case of racism at the Bramley police station on Wednesday afternoon against Adam Catzavelos‚ who recorded a mobile phone video in which he used the k-word.

The Democratic Alliance Youth said it had referred the video to the South African Human Rights Commission.

The SAHRC said independently earlier on Wednesday that it would probe the incident.

In the video‚ Catzavelos uses the k-word to celebrate the fact that no black people were present at a beach he visited.

It is unclear when or where the video was taken.

“We trust that the SAHRC will investigate this matter and hold Catzavelos accountable for his vile comments‚” the DA Youth said in a statement.

The DA Youth said the use of the k-word was not only racist but was also appalling that a South African‚ knowing the significance of this term‚ would utter these remarks and then communicate them to the world on social media.

“This kind of vitriol is not only an insult but a criminal offence – which makes the arrogant and brazen manner in which Catzavelos made this comment particularly revolting.”

It said the video had offended the dignity and human rights of all South Africans.

Businessman Adam Catzavelos took to social media to boast about a beach holiday where ‘not a single k****r’ was around. Here’s how social media reacted.