Mom drops kids from window, jumps herself, to escape from burning building 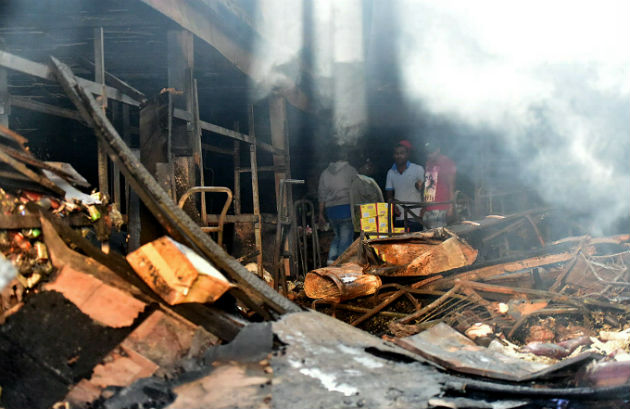 Nothing much remains of the old industrial building at 127 Durban Road in Korsten, Port Elizabeth, which burnt down on Tuesday evening
Image: Eugene Coetzee

A desperate mother dropped her two children from the first storey of a burning building in Korsten on Tuesday night before jumping to safety herself.

Shamis Ahme Sheilott, 40, had been awoken at about 10.30pm on Tuesday by the blood-curdling screams of the more than 100 other residents of the renovated industrial building which was on fire.

Nelson Mandela Bay fire chief Andre de Ridder said the cause of the fire was being investigated.

Sheilott said when she and her two children, aged 8 and 14, went outside the room to see what was happening, they saw the building was engulfed in flames. As she looked for a way out, she heard part of the roof collapsing.

The panicked mom then decided that the only way out was through her bedroom window, so she sat on the windowsill and dropped her children to the street below, before jumping out herself.

She had a few minor injuries to her arms and ribs, while the children had a few cuts.

None of the other mostly foreign families living in the building were injured. 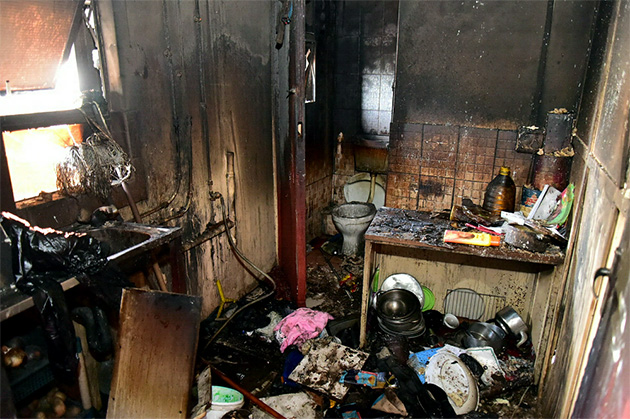 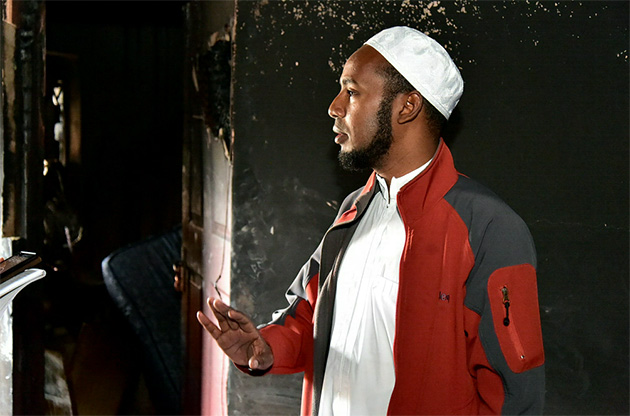 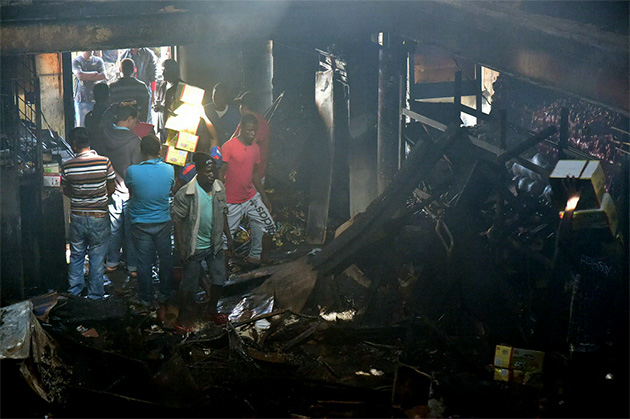 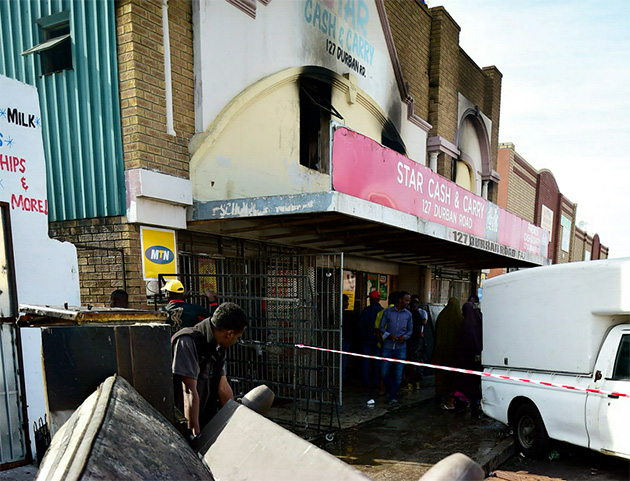 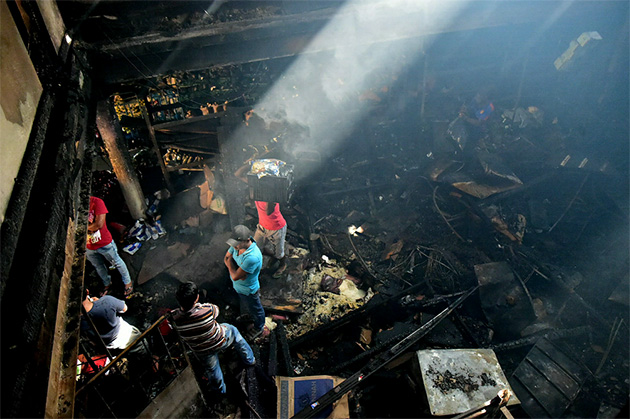 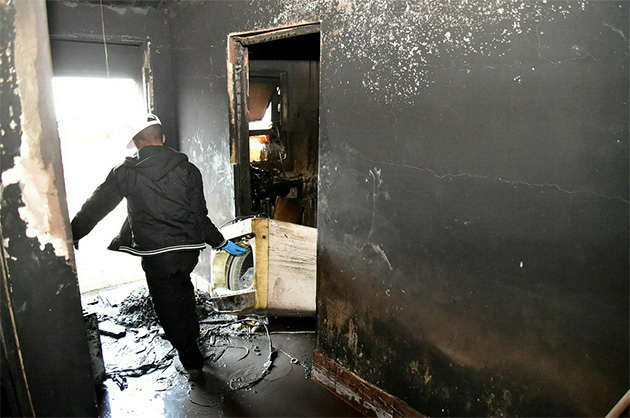 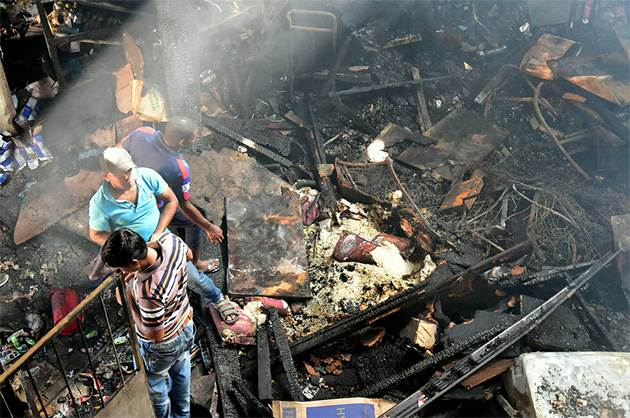 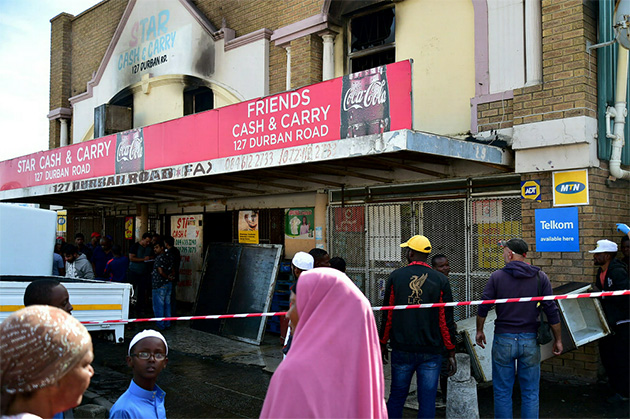 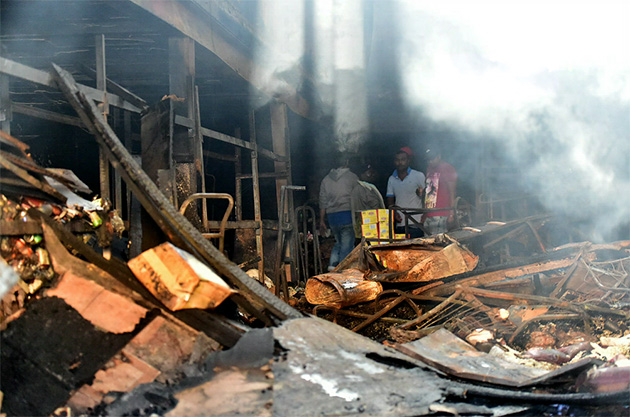 Somali Association of South Africa regional director Dino Jilley said some families had lost everything, including documentation pertaining to their South African residency.

All had found places to stay with other family members in the area.

Yesterday morning, many were seen trying to salvage some of their possessions, including electrical appliances, clothing and mattresses.

Sheilott said it was the second time in as many years that the building had caught alight.

“I woke up and when I saw the building was on fire I panicked,” she said. “When I heard the roof falling and saw the fire approaching my apartment, I took my two children and threw them out of the window and I jumped to save my life.

“People called an ambulance and we were taken to hospital.”

She had received medication and her children were treated for shock.

“I lost everything. The only things I’m left with are the clothes I was wearing last night,” she said.
Jilley said the association would assist in any way it could.

“We are just happy everyone is okay. There were between 15 to 20 families living here, so about 120 people – one can only imagine the panic.

“The majority of the people escaped via the stairs and a side door.

“Because of the intensity of the flames, they grabbed what they could and ran.”

Star Cash and Carry and owner Bellal Mohammad, whose business is on the ground floor, said he had lost about R4-million worth of stock.

“By the time I arrived, only the top floor was on fire,” he said

“About an hour later, we heard the floor [between the first and second storey] collapse.

“Then I thought whoever or whatever was still in there was dead or totally swallowed by fire.

“This building needs to be condemned, it is not safe.”

De Ridder said the cause of the fire was still being investigated, but an electrical fault could not be ruled out.

The fire had been brought under control within three hours, he said.

Disaster management head Shane Brown said all those affected had been relocated.

“We are talking to local non-profit organisations and awaiting more details in terms of relief requests,” he said.