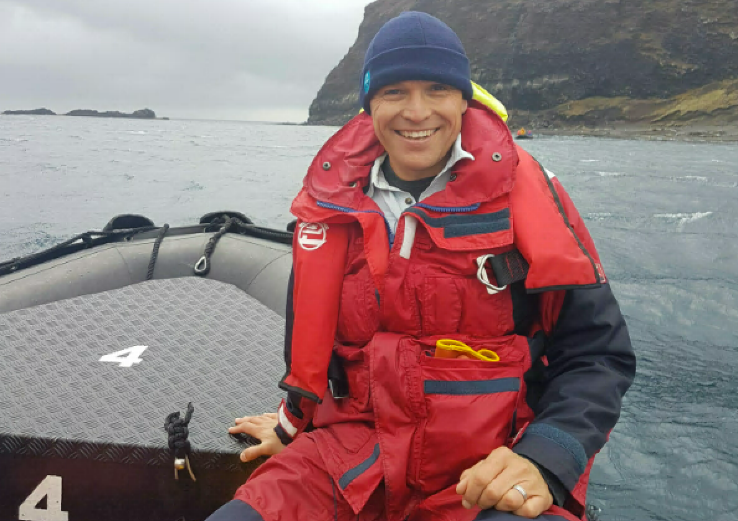 A Nelson Mandela University marine biologist is set to join an international expedition to the remote Weddell Sea, which will be unveiled today at the National Geographic Society in London.

Dr Tommy Bornman, who is also a coastal manager with the South African Environmental Observation Network, is part of a heavyweight 30-person team that will be heading for the area, a pristine expanse of ice and ocean between Chile and Antarctica.

The expedition would be exploring the Larsen C ice shelf to try to understand the catastrophic ice calving event in July when an iceberg the size of Luxembourg broke free of the shelf, Bornman said yesterday.

“We will be using autonomous underwater vehicles (AUVs) to study cavities on the underside of the shelf and to document the marine life,” he said.

“Little is known about the species and ecology there because the heavy ice has prevented most previous research efforts.”

The team will also be using the AUVs to try to locate the wreck of Endurance, the famous polar exploration vessel skippered by Sir Ernest Shackleton which froze fast in the ice during an expedition to the Weddell Sea in 1915.

Bornman said while massive ice break-ups in the Arctic had become a signature of climate change, the ice expanse in the Antarctic had, until recently, actually been growing.

“But we know the sea around the Antarctic has been getting warmer – and then there was this huge ice calving last year,” he said.

“So our hypothesis is the shelf was eroded from underneath and that’s probably what is happening throughout the system there.

“We aim to find out what is going on.”

Professor Julian Dowdeswell, director of the Scott Polar Research Institute at the University of Cambridge in the UK, planned the pioneering research programme.

Bornman’s focus will be on phytoplankton, the tiny marine plant organisms key to the survival of life on Earth that breed in vast numbers in the Antarctic.

“They play an important role in combating climate change because they sequestrate carbon, and they also form the base of the marine food web,” he said.

“Any problem with them will ripple through the entire system.”

Professor Isabelle Ansorge, from the University of Cape Town, will focus on physical oceanographic issues like temperature and salinity and oxygen levels, and the third South African on the team, Dr Sarah Fawcett, also of UCT, will focus on nutrient levels.

The expedition is set down for next year over the summer months of January-February to allow the best chance of getting through the ice barriers to the Larsen C.

The South African trio would fly from Cape Town to the Norwegian Antarctic base, then probably by helicopter to the South African base before taking a “caterpillar train” – wagons hauled by an ice-dozer – to the waiting research ship, Bornman said.

The SA Agulhas II, owned by the Department of Environmental Affairs and managed by South African company Amsol, is one of the most modern polar research ships.

It has been chartered by a charitable trust in the Netherlands – The Flotilla Foundation – which is also the overall sponsor of the expedition.