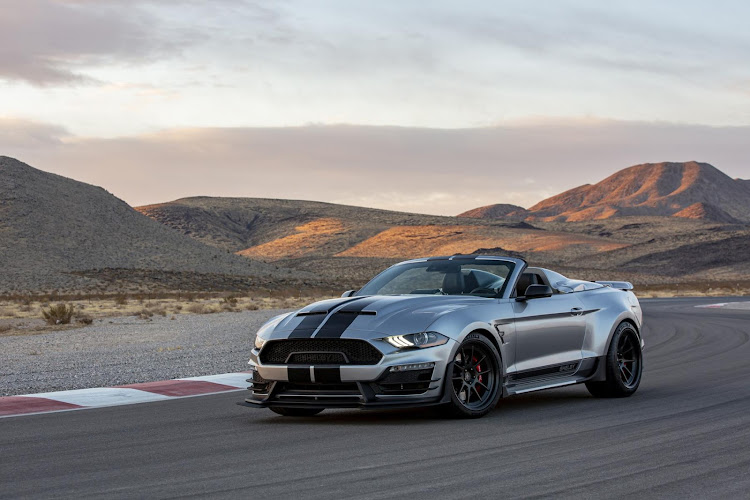 Shelby SA is applying the finishing touches to a unique Shelby Speedster that's soon to be delivered to its owner in the Western Cape. One of three earmarked for the SA market, production of this unusual Mustang is limited to 123 examples worldwide.

Cutting an unmistakable silhouette, the Shelby Speedster is essentially a standard Mustang Convertible that has been converted into a two-seater roadster with a bespoke hard top tonneau system that can be removed by the customer within minutes. The car's presence is further amplified through the fitting of a wide-body aero kit that serves a functional purpose of accommodating the wider tyres that give the car its menacing stance.

Peel away that intriguing bodywork and you'll find a cache of performance and handling upgrades that closely mimic the latest version of the Shelby Super Snake. Central to this is Ford’s 5.0l V8 boosted by a Whipple supercharger for an output in the region of 615kW. This translates into a scintillating 0-100km/h time of 3.5 seconds. Complementing this level of performance are upgrades to the car’s cooling system as well as a track-focused braking system from Brembo with calipers painted in red for added visual effect. 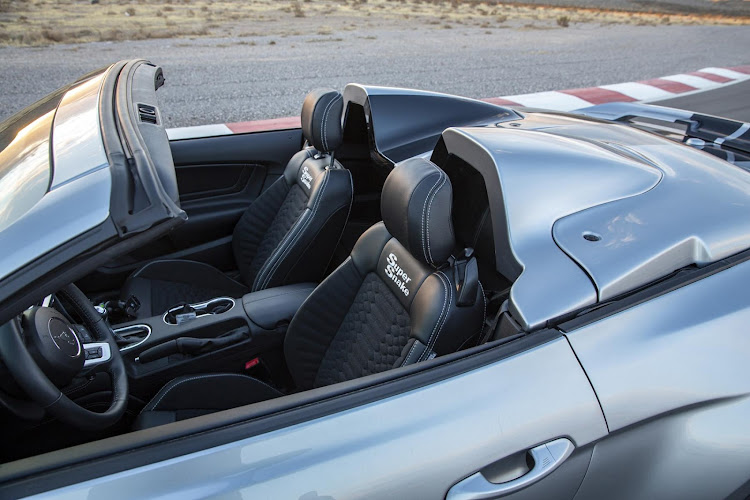 Inside the cabin you'll spy additional gauges used for monitoring boost pressure as well as other vital under-hood temperatures. There are also special floor mats and door sills, both of which are branded with Shelby Speedster lettering. Finally, each Speedster worldwide will be branded with a unique Carroll Shelby Mustang (CSM) number that will be included in the official Shelby Registry. This sign of authenticity is displayed on the dashboard.

“The men in my family are car crazy and I wanted something of my own to have some fun with,” says the expectant lady owner who prefers not to be named. “The Shelby brand has been top-of-mind for me since the film Ford vs Ferrari was released and the Shelby Speedster is such a unique and special convertible to enjoy on the beautiful Cape roads.”