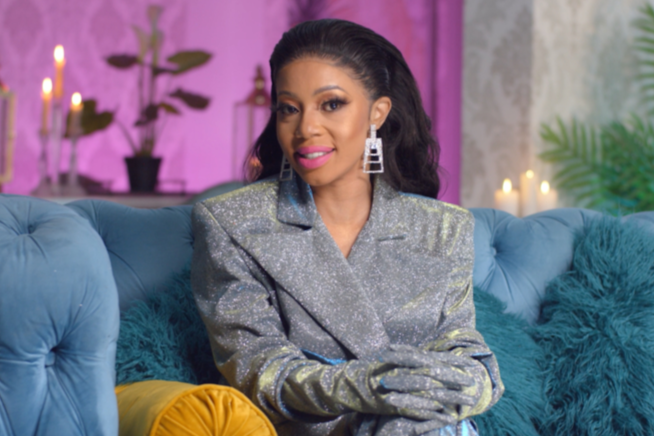 Kelly Khumalo has brought forth shocking revelations about her relationship with Senzo Meyiwa's family.

This is in the premiere of the singer's long-awaited first episode of the Showmax Original reality series Life With Kelly Khumalo season 3 on Tuesday.

Besides rejecting her ex Jub Jub's Mother’s Day message and bringing Somizi to tears at her first gospel concert since lockdown in the explosive episode, Kelly speaks of moments where she calls on her former lover Senzo for help with parenting their daughter and how the late soccer star's family “only loved him for his money”.

In a conversation with her best friend, Wanda Baloyi, at a restaurant in Sandton, Alto234, Kelly mentions her shock in Netflix's Senzo: Murder of a Soccer Star documentary when Senzo's mother allegedly revealed she went to a witch doctor to get the singer out of their lives.

She also says Senzo's family never cared for him but were more concerned about his money when he was still alive.

“That family did not love Senzo. They never loved him, he was a cash cow,” she said.

“You know the first thing that woman said to me when Senzo passed on? 'Who's going to feed us?' Your son is dead. The only thing you're thinking about is flippin' food? He would lose all his money and give it to the family and be left broke every month. and I personally would take care of him.”

Senzo's family has not yet been formally introduced to the soccer star's daughter, Thingo (8).

When asked in a recent exclusive interview with eNCA, Kelly said the chances of her daughter ever meeting Senzo's side of the family depended on the court case. However, in the episode, she said she did not wish to formally let her meet the family, claiming they denied her when she was born.

“I don't think she will meet the family, they denied that she was Senzo's daughter.”