WATCH | How I beat Cassper Nyovest: NaakMusiQ speaks about win 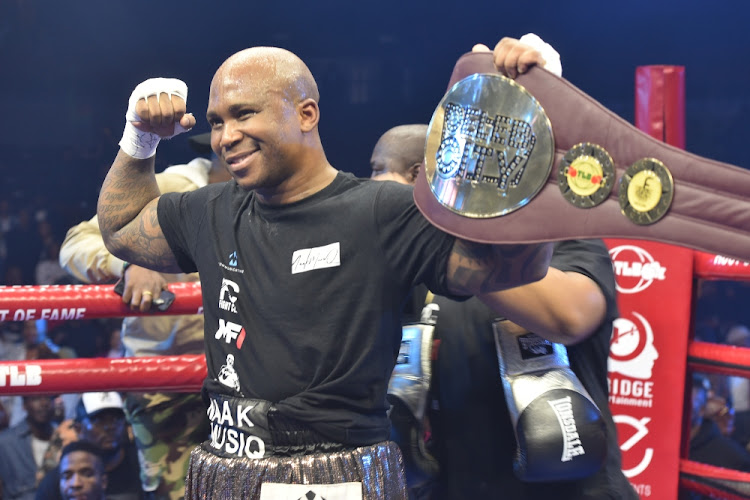 There was speculation among celebs and fans alike, many betting their money on Nyovest to take the golden belt, but NaakMusiQ was the champion of the evening at the #CelebCity boxing match.
Image: ST Sibiya

When Cassper Nyovest and NaakMusiQ entered the ring in Sun City most of the crowd were cheering for the man dubbed 'Mufasa'. This was Nyovest's second celebrity boxing match and he appeared to have the upper hand.

But NaakMusiQ turned out to be a strong contender, beating Nyovest in the four- match.

“There's very few things I remember from being in the ring. I was really tired. Cassper was punching. All I knew is that don't fall,” he told journalists after the fight.

NaakMusiQ said he had hoped for a knockout but was glad that the match made it to full time.

NaakMusiQ, whose real name is Anga Makubola, said he was hoping to continue his association with the boxing fraternity after the match.