Faith Nketsi is back in studio — Tweeps joke that 'she’s trying save SA hip hop!’ 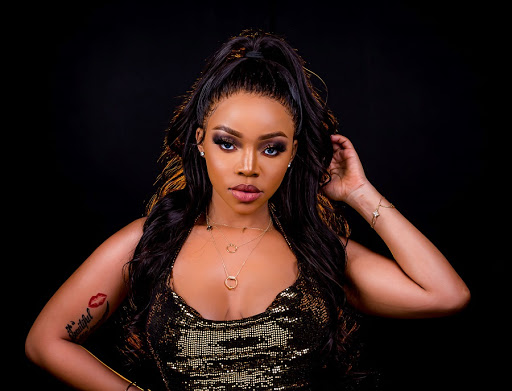 Even though reality TV star Faith Nketsi admitted to TshisaLIVE in 2020 that she didn't know what she was doing when she tried her hand at rapping, it seems she's had a change of heart and wants to give it another try, which has left the internet wilding!

In 2019, Faith surprised fans with a seven-track EP, titled Disrespectful. It received mixed reviews but the overwhelming feeling on the net was that sis shouldn't quit her day job.

Fast-forward to Thursday, tweeps were left shook when video and snaps from Faith's Instagram LIVE showed that the reality TV star was back in studio. Faith landed on the top 5 of the Twitter trends list as tweeps tried to figure out what she was doing in studio.

In one of her videos, Faith wrote: “This is going to be better than the last.”

Faith Nketsi in the studio: 📣

"I borrowed Mmusi My Money, but seems like ga Busi" 🔥😭 pic.twitter.com/uf3Kp2YfhI

Tweeps filled the TL with memes as they joked that Faith is here to save SA hip hop. Of course, they also joked about her “bars”.

Faith Nketsi is back in studio
Twitter is going to be lit🤣🔥🔥 pic.twitter.com/houCyOl375

In an interview with TshisaLIVE last year, Faith opened up about her “failed” attempt to be a rapper.

“When I got signed to the record label (Maphorisa's) it was very clear that it was just something I was trying out. It was something that both me and Maphorisa were like, 'OK let's try to do this and see what will happen'.

“I mean, for me, I love hip hop, I always say that. When I got into it, same as season one (of her reality show) I didn't know what I was doing. But now I see that this is very time consuming and it needs a lot of passion and something that I can't really give to the music industry like that,” Faith said.

Faith said she quickly discovered that rapping in your car was different to actually getting in studio and producing your own rap music and decided — at the time — to let it go.